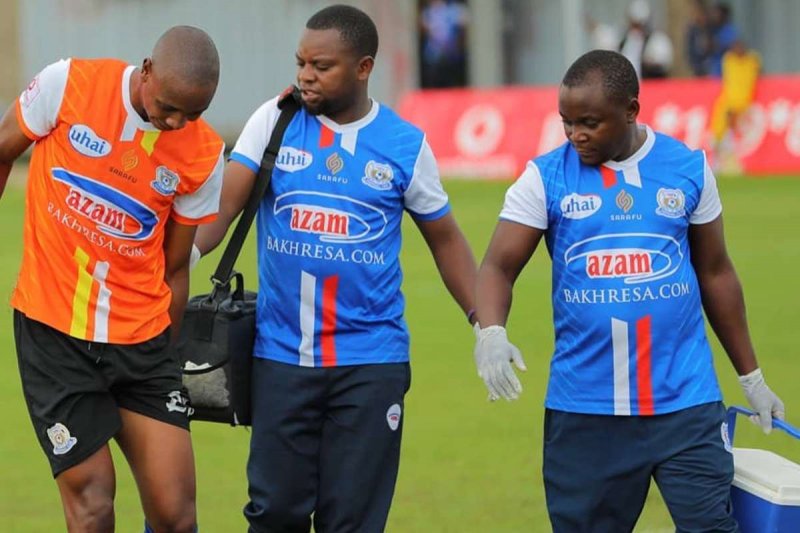 THE National Warriors have been dealt another blow following confirmation Tanzania-based striker Prince Dube will be out of action for two weeks due to injury, which rules him out of Zimbabwe’s crucial 2021 Africa Cup of Nations qualifiers against Botswana and Zambia at the end of the month.

The gifted forward, who rose from the bench to score an important last gasp equaliser with his first touch against reigning African Champions Algeria in November, suffered a thigh injury during Azam’s league match against Mwadui FC last weekend and was substituted in the 25th minute.

The match played at Chamazi Stadium ended 0-0 but Azam have confirmed on their social media pages, their striker, who has so far scored eight goals this campaign, will not be able to feature for the club at least in the next two weeks.

“Our striker Prince Dube is expected to be out of action for a period of two weeks after he picked a thigh injury on his left leg,” read the statement from Azam.

“Dube was injured in the 25th and was forced out of the pitch when Azam played against Mwadui in a league match.

“Azam doctor Mwanandi Mwankemwa has confirmed the striker from Zimbabwe will have to rest completely in the first week as he undergoes treatment before he starts light training sessions in his second week of recovery.

“After completing those two weeks off the field he will be tested again to see if he is fit to return to competitive matches or he will have to wait again, but fans should not be afraid everything will be fine and we wish him a speedy recovery.”

This is the second time Azam have lost Dube due to injury, the first one coming at the end of the first round of the league when he injured his left arm during their match against rivals Yanga SC.

The injury forced Azam to seek further treatment outside Tanzania with the striker travelling to South Africa and he underwent successful surgery in Cape Town to fix a broken ulnar bone on his left forearm.

The injury forced the player to stay out of action for six weeks and at that time, he had already managed to score six goals in the league.

Azam are currently placed third on the table with 41 points from 23 matches, 10 points adrift table-toppers Yanga SC, who have 50 points while champions Simba are second on 45 points but they have played four fewer matches.

Dube’s latest injury means is now certain to miss the Warriors’ penultimate 2021 AFCON qualifier match against Botswana, slated for March 25 in Gaborone while he also remains a doubt for the final qualifier against Zambia at home four days later.