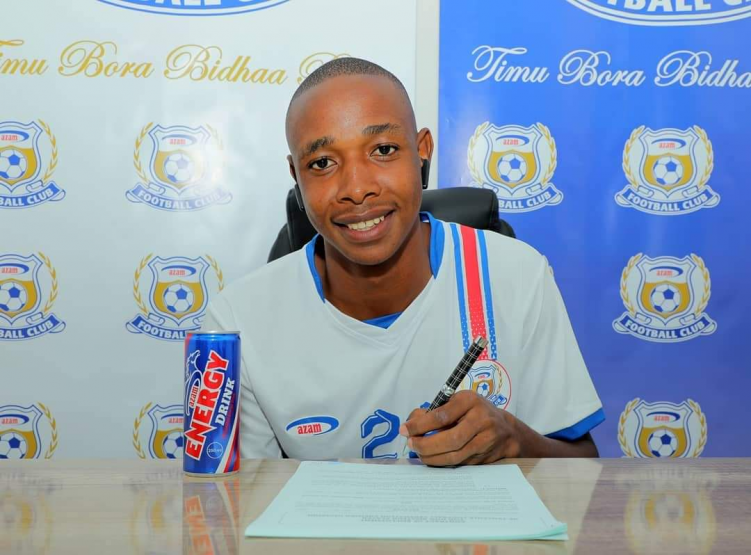 ZIMBABWE international striker Prince Dube has been rewarded for his scoring form this season after signing a new contract at Tanzania Mainland Premier League side Azam FC.

Dube’s future has been the subject of constant speculation following his impressive debut season in Tanzania having managed to score 17 goals in 27 appearances.

With rumours spreading on social media he had started negotiations with Azam’s rivals Simba, Azam have moved with speed to extend his contract by another two years.

The club has confirmed the news on their social media pages by stating: “Prince [Dube] has signed for two more years, he still remains at Azam Complex.

“We are delighted to enter into a two-year contract extension with Dube and the contract means he will now continue to give us service until 2024,” the club said.

“Dube, whom we signed this season has been our key player so far and is our leading scorer in the Mainland League with 14 goals, and apart from that, he has managed 17 goals for the team in all competitions, with the other three coming in the FA Cup.

“Fear those liars outside there, Dube is going nowhere, he is here at Azam Complex.”

The 23-year-old striker signed for Azam from Bulawayo giants Highlanders on August 17, 2020, in a deal that was understood to have fetched his former side $50,000.

Dube became Zimbabwe’s 2019 Soccer Star of the Year second runners-up after he regained form at the 2006 league champions.

The forward made his national team debut on March 26, 2017, when Zimbabwe played to a 0-0 draw against neighbours Zambia. Since then, he has played in nine matches and has scored six goals.

His stay will be good news for Azam who are currently in the race to win the league and domestic cup title.

On the league front, they are currently sitting third on the 18-team table with 60 points from 30 matches, four fewer than leaders Simba, while they are also in the semi-finals of the domestic cup where they are scheduled to face the same side on June 27.