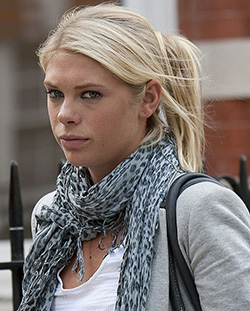 BRITAIN’s Prince Harry has reportedly rekindled his on/off relationship with Zimbabwe-born socialite Chelsy Davy following a three-month tour of Africa.
The young royal, who turns 31 next week, has spent much of the summer promoting conservation causes across the continent and he is said to have taken some time during the visit to meet up with 29-year-old lawyer Davy, according to Britain’s The Sun newspaper.
The news suggests the pair is working on a reconciliation, five years after its last split, although officials at Buckingham Palace have declined to comment on the Prince’s personal life.
A source tells the tabloid, “Harry still holds a candle for her. Chelsy has his heart.
“They saw each other recently. There’s still very much something between them, but Chelsy won’t commit yet because she doesn’t want to lead a life in the spotlight. Harry’s very sensitive to that.
“He has never fallen out of love with Chelsy. She’s not like other girls; she’s strong, independent, and a rule-breaker. She does everything on her own terms.”
Harry has been single since parting ways with model-turned-actress Cressida Bonas last year, following a two-year romance.Advertisement