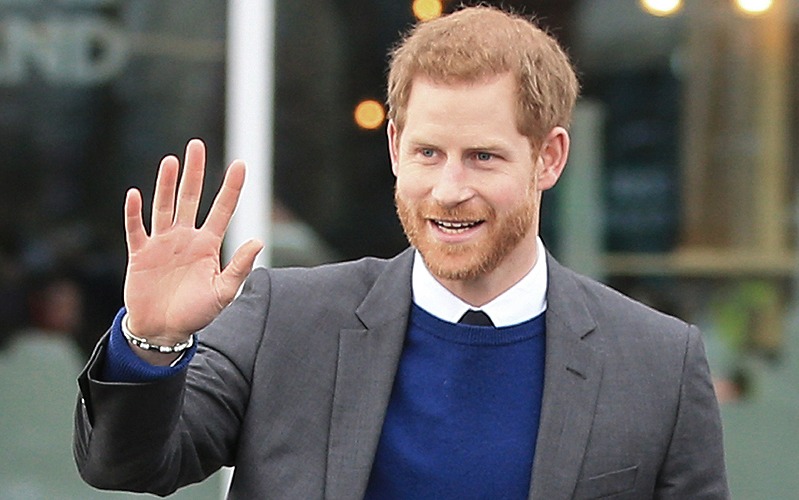 Prince Harry has arrived in Zambia without his wife Meghan amid reports the pregnant duchess pulled out of the trip due to fears over the Zika virus.

The Duke of Sussex, 34, was in good spirits as he touched down at Lusaka airport on Monday afternoon local time to be greeted by Zambian officials.

Harry will complete the two-day tour of the southern African country alone while his pregnant wife rests up with her mother, who is visiting Britain.

Officially, Harry was always supposed to make the trip alone in his role as president of African Parks but palace insiders have said that it was intended to be a joint visit.

To date, there have been no recorded cases of Zika virus disease in Zambia, but countries bordering the African nation to the north are considered risk areas.

On arrival, Harry was greeted by nine-year-old Jane Chawanangwa, who presented the prince with a large bunch of flowers.

Harry left London on Saturday night and is expected to attend an official reception with Zambian officials later today.

His trip will also see him visit the Burma Barracks in the capital Lusaka, where he will commemorate the country’s World War veterans.

Meghan, 37, is believed to have been told to avoid foreign trips that risk exposing her to the Zika virus.

An insider told the Sun: ‘As far as those on the ground in Zambia were concerned both Meghan and Harry were going. But Meghan is exhausted and, understandably, expressed serious concerns about travelling to a country with even the smallest Zika threat.

‘In the end it was agreed Harry would go it alone and Meghan could rest-up and spend some quality time with Doria, who is down in the UK visiting.’

During his visit, Harry will attend a board meeting with African Parks and meet Zambia’s President to learn about the country’s WWI centenary commemorations.

British High Commissioner to Zambia, Fergus Cochrane-Dyet, said: ‘The Duke of Sussex takes a special interest in Southern African and is assured a warm welcome during this first official welcome to Lusaka’.

The latest foreign trip comes less than a month after the Duke and Duchess of Sussex visited Australia, New Zealand, Fiji and Tonga.

In October, Public Health England warned pregnant women not travel to a region of India amid fears they could be struck down with Zika.

Zika can cause microcephaly for children in the womb, causing babies to be born with abnormally small skulls.