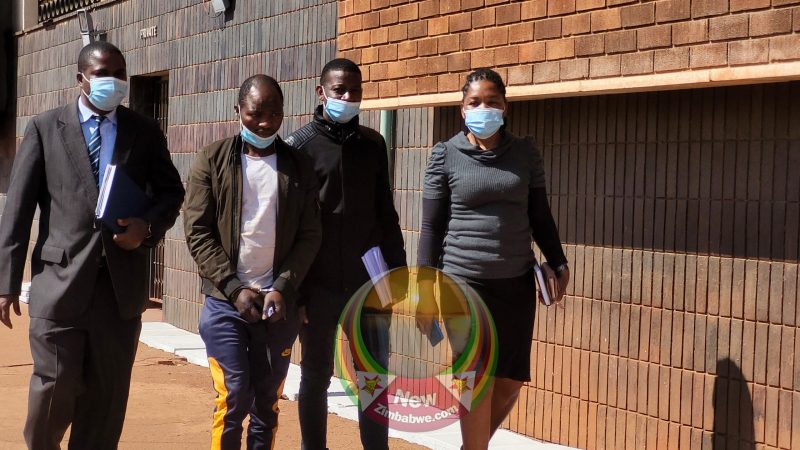 POLICE in Harare have confirmed the rearrest Wednesday of a prison escapee accused of raping and robbing over 21 females in the capital.

Sam Muropa (31) was rearrested in Kuwadzana, Harare after stealing a car.

He escaped from Harare Remand Prison on October 1 after reportedly scaling a well-fortified security wall.

“The Zimbabwe Republic Police confirms the arrest of Sam Muropa (31) who escaped from Harare Remand Prison while on remand (in custody) on 1st October 2021,” Nyathi said.

“Investigations by the police revealed that the suspect stole the Toyota Wish vehicle at Kuwadzana 2 shops from Bruce Muponza (47) on the pretext that he wanted to hire the vehicle to Whitehouse and back to Kuwadzana,” he said.

Nyathi added: “On October 5, 2021, detectives received information that the suspect was driving an unregistered Toyota Wish searching for a team to commit further robberies. “The detectives acted on the information and arrested the suspect in Kuwadzana area in Harare.” 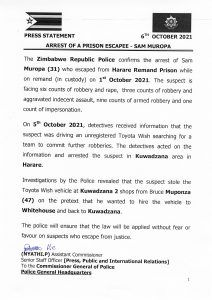