PRO-ZANU PF Youth Against Violence group has called on government to use any means necessary to stop planned demonstrations by the MDC and its allies this month.

The opposition protests are to coincide with the period Zimbabweans went onto the streets last year in January to protests the rising cost of living under the Zanu PF led government.

Property running into millions of dollars was destroyed during the country’s worst civil unrest since the 1998 food riots.

Last year’s protests elicited a vicious reaction from the state with independent estimates saying 17 locals died in the hands of the country’s security forces who were deployed the quell the ugly skirmishes. 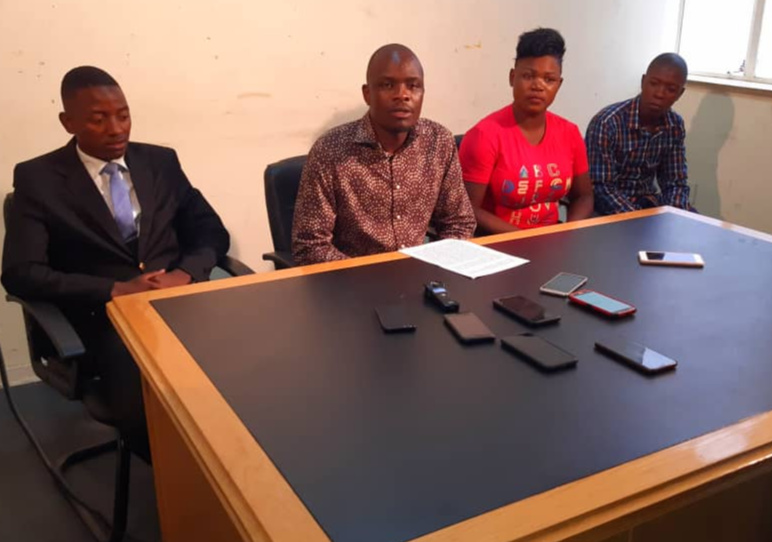 During the press briefing

“We have called upon the president and the government to use whatever they have at their disposal to make sure they bring back to life, law and order so that we attain our peace for development,” he said.

“The reason we are castigating the pending demonstration, precedence of January 2019 is what we are following here.

“If ever people are doing peaceful demonstrations, we do not have a problem with that. From the MDC meetings that I have mentioned, already there are signs that the coming demonstrations will be violent.

“As you can see, there is a lot of preparation going on to disturb the prevailing peace. Instead of channelling scarce resources to fomenting civil disobedience, it would be prudent to channel those resources to youth empowerment projects.”

Asked to comment on the violence being unleashed by machete wielding gangs in parts of the country, Kandishaya said they deplored every form of violence in the country.

“…As youths against violence, we are against all forms of violence. Wherever you see violence, contact us; not that we enforce but as an organisation, we can come and try to impose the skills that we have to make sure peace prevails.”