THE Commission of Enquiry into the August 1 Harare killings should also investigate the 2008 election violence which left hundreds of opposition supporters dead and many others with life changing injuries.

This came out in Mutare during hearings before the Kgalema Motlanthe-led commission of inquiry into the post-election violence which rocked Harare after the disputed July 30 vote.

Six people were killed, and several others injured.

Testifying before the panel on Saturday, MDC Ward 9 Councillor Chrispen Dube said it did not make sense that Mnangagwa established a commission to probe the killing of six people when nothing was done about the 2008 violence.

The opposition says hundreds of its supporters died when pro-Zanu PF militia launched a countrywide crackdown after then president Robert Mugabe was a defeated in the first round of the elections.

MDC leader Morgan Tsvangirai later pulled out of the run-off poll, protesting the attacks against his supporters.

Said Cllr Dube on Saturday; “Why was no commission established to investigate the murder cases of Talent Mabika and Tichaona Chiminya in 2002 and 2008?

“Why do you point finger at MDC Alliance for the August 1 disturbances?” 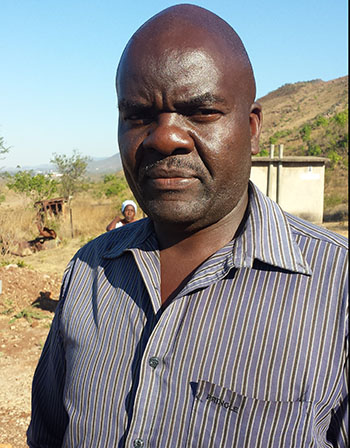 He continued; “We want to know who instructed the army to shoot on the civilians and the person responsible must be held accountable.

“I don’t see the reason why the army was sent to the streets when police could do the same job.

“The demonstration was peaceful but there was a Third Force who contributed to the shootings. The army should stay at the barracks.”

She claimed to have seen former Zanu PF legislator Shadreck Mashayamombe addressing MDC youths and giving them cash from a cardboard box.

“I met Mashayamombe who was addressing drunken youths and splashing money. Had he not greeted me I would have passed without noticing him,” she said, adding she was going to a nearby salon for a hairdo.

“After a while I heard commotion outside. Rowdy youths were burning cars and destroying property.

“I have never witnessed such a violent demonstration even during Robert Mugabe era. Later I saw Mashayamombe with other 10 people milling around and there was smoke all over the place.”

Mutsenhu told the Commission that she was hit by a missile on the right eye and thereafter saw some soldiers patrolling in the streets.

“I heard gunshots and I left the city centre. I went to Chitungwiza hospital and an X ray was taken to confirm that, indeed, I was injured during the commotion.”

She blamed MDC for fuelling violence, adding that the opposition party be held accountable for the fatalities.

“While President ED (Mnangagwa) was preaching peace, Chamisa and his alliance were preaching the gospel of violence and hatred. We don’t want that to be repeated again.”

Mutsenhu once stripped naked in front of former US Ambassador to Zimbabwe Bruce Wharton during his brief tour of American Corner at the Turner Memorial Library in 2013.

She was protesting against sanctions imposed against Zimbabwe by the US.