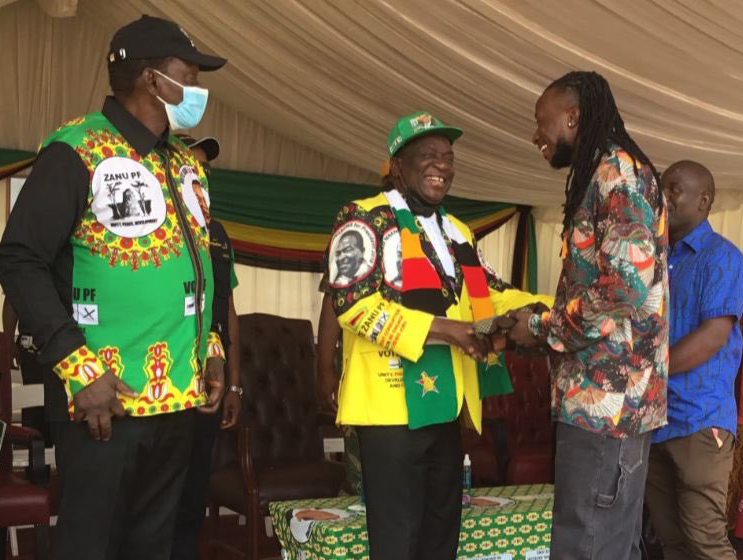 MANICALAND based sungura musician Hosiah Chipanga – well known for attacking Zanu PF – on Saturday graced the ruling party’s rally in Mutasa South Constituency alongside Baba Harare who has performed for the opposition.

On one hand, Chipanga has used his talent to rip apart Zanu PF criticising the party for corruption and bad governance.

Rattled by hardships faced by Zimbabweans, on August 11 2014, Chipanga took to Facebook and complained that Zimbabwe’s economic situation undermined the objectives of the liberation struggle.

“Who in his or her normal sense would have fought and died for a country in this present status? I wish the dead would rise and see for themselves what their blood has brought to their families here present?” he said.

In 2008 Chipanga declared his presidential ambitions and is believed to have chickened out of the 2013 presidential elections.

He also made headlines in the same year for turning his church MAPIPI into a political party in order to contest in the harmonised elections that were held in the same year. 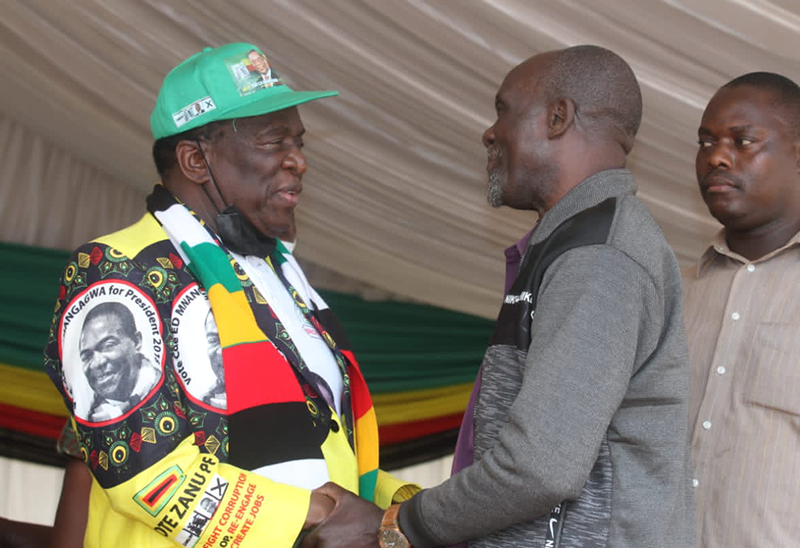 On the other contemporary jiti master Braveman Chizvino aka Baba Harare has previously performed for the opposition party when the MDC commemorated its 20th anniversary under the stewardship of Nelson Chamisa.

Sometime in 2022 he ran into trouble with Zanu-pf apologists after sharing a message of social media compelling youth to register to vote.

He however refused to be cowed down insisting voter registration is non-partisan and a constitutional right.

Since then he has been perceived to be sympathetic to the opposition which is currently urging youths to register to vote.

But images of the duo greeting President Emmerson Mnangagwa after a sterling performance at Beauliu Toronto Primary School, Mutasa South Constituency has aroused speculation that the past feud is now a thing of the past.

Baba Harare immediately took it to Twitter to explain the great encounter.

“ had an opportunity to meet the president  @edmnangagwa on my Mutare tour. Unlike @GondaiMutongi he understood that my #RegisterToVoteZW is non-partisan and as a Zimbabwean citizen you should register to vote.#RegisterToVoteZW.”