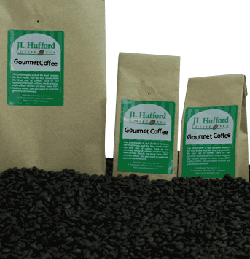 CHIPINGE: Zimbabwe’s leading tea and coffee producer, Tanganda Tea Company, has urged the government to take the initiative to incentivise tea production so as to sustain its export quota.
Growing of the cash crop has been declining steadily as farmers in the Eastern region have been due to the high production costs.
Tanganda Estates administration manager, Julius Guni said that the government has to exempt payment of taxes when importing machinery used in the growing of tea and coffee as a way of encouraging farmers to join the sector.
“Government should consider taking measures of subsidizing the growth of coffee and tea in order to encourage farmers in these strategic crops.
“If urgent measures are not put in place the growing of tea and coffee would be a think of the past in the next five years,” said Guni.
He said farmers in this sector need to import modern machinery abroad so to as increase productivity.
“We need to import heavy machinery and this makes the sector more expensive to invest in.
“The government also needs to consider giving out investment incentives in this strategic area as it demands huge financing,” said Guni.
He said if the country needs to generate more foreign currency there was need to subsidize tea and coffee growing.
“The tea and coffee production sector has not expanded because farmers are not receiving any support,” he said, “Out grower farmers can expand their activities if they are adequately supported”.
He said the sector is shrinking as the few farmers in the sector were shunning it due to high costs.
Ratelshoek Tea Estate manager, Clifford Mashava said the sector needs a long term investment and government financial intervention.
“The growing of tea and coffee should be encouraged but since it needs long term investments some of its growers have shunned it.
“We call on the government to support new and existing farmers in maintaining their crops and once harvesting starts it will be a continuous process,” he said.Advertisement