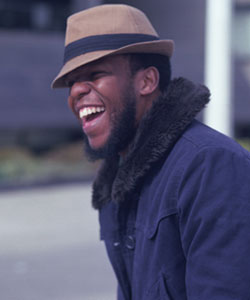 MILLION plus selling UK rapper Professor Green is back after releasing this week a scotching new single ‘Not Your Man’ which features the group Thabo & The Real Deal which is fronted by Zimbabwe born singer Thabo Mkwananzi.
Released via itunes and produced by Felix Joseph (Ella Ingram, Kwabs), ‘Not Your Man’ showcases Green’s trademark sure-fired wordplay, punchlines and flow, and features the gravelly, soulful vocals of Zimbabwe born singer Thabo.
‘Not Your Man’ is the first cut to be taken from Professor Green’s forthcoming third studio album ‘Growing Up in Public’ due for release on Virgin EMI on 22nd September 2014.
Professor Green – Not Your Man (feat. Thabo)