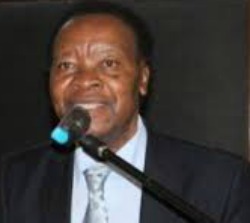 ZIMBABWEAN music is slowly being appreciated and making inroads into the international market although a lot needs to be done on the promotion side, renowned music critic, Professor Fred Zindi, has said.
The revered musician told NewZimbabwe.com in an interview at his University of Zimbabwe office in Harare that Zimbabweans who went to the diaspora had helped the country’s music spread to different parts of the world and be respected.
“We have a lot of Zimbabweans in the diaspora and they feel nostalgic when they are there and they have formed friendships with non-Zimbabweans; as a result their taste of music influences the non- Zimbabweans and they begin to appreciate it just like we do, that is basically my analysis,” he said.
Zindi said a number of radio stations in the diaspora were also featuring African music, giving an example of Capitol Radio in London, United Kingdom, which he said played Zimbabwean music which was being well received.
He said there was no one specific genre that could be said to be Zimbabwean music as most of the beats produced in the country were a fusion of different genres from different parts of Africa and beyond.
“All artists copy from each other, for example Paul Simon could go in any part of the world and put his lyrics to the beats there and it becomes Paul Simon music. However, what I would closely identify as Zimbabwean music is the traditional beat.
“Tuku has his own style with some bit of mbaqanga, then Sungura is definitely from Congo, Mbira, most of it all comes from Mozambique although people don’t know it is borrowed, besides; the borders are also artificial,” he said.
Zindi, who has penned more than six books on music and recorded eight music albums to his name since the 1980’s, said even Zimdancehall was now making sense as the artists had improved on their lyrics.
He said at first the youngsters were copying everything from Jamaica wholesale, from clashes, dissing, sexually suggestive dances, drug abuse and sexual abuse, adding that there was a marked improvement in the lyrics.
“I had a long lecture with some of the youths such as Templeman, Ricky Fire, Soul Jah Love, Se Calaz and promoters Chipaz, Biggie Chinoperekwei, Robert Zhuwawo who are the main players and said if you want a future in music you have to change because Zimbabwe is a conservative society and people will not appreciate because some are offended by the lyrics,” he said.Advertisement

Professor Zindi said those who were still in the dissing era have been left behind.

He said the music was growing for artists such as Winky D, Killer T while others such as Shinso Man and Tocky Vibes appeared to be lost and had run out of steam.
The veteran music critic said he had encouraged producers such as Body Slam and Chilspot to create their own rhythms and they had already started doing that.
“The idea is to just lay down music and let others ride on the beat. It is a cheap way of making music; even videos you can use the same footage for the different artists; it’s a concept that is also used in Jamaica and it works,” he said.
He said live performances were also a better way of marketing music, adding that even the Pasa Pasa gigs helped the musicians.
“Live performances have a strong impact and Jah Praizah has proved that and his live shows are going well because he knows how to deliver. I have never really liked Macheso’s music but I think twice when I see him performing live,” said Zindi.
Professor Zindi said the National Arts Council (NAC) was not doing enough to promote Zimbabwean music, saying they had their own agendas and were also under-funded.
“What they only do in their so called promotion is to try and extract money from those artists who have made it in the industry instead of supporting them. They have the National Merit Awards (NAMA) which encourage artists to compete but even those awards are underfunded and subject to criticism,” he said.