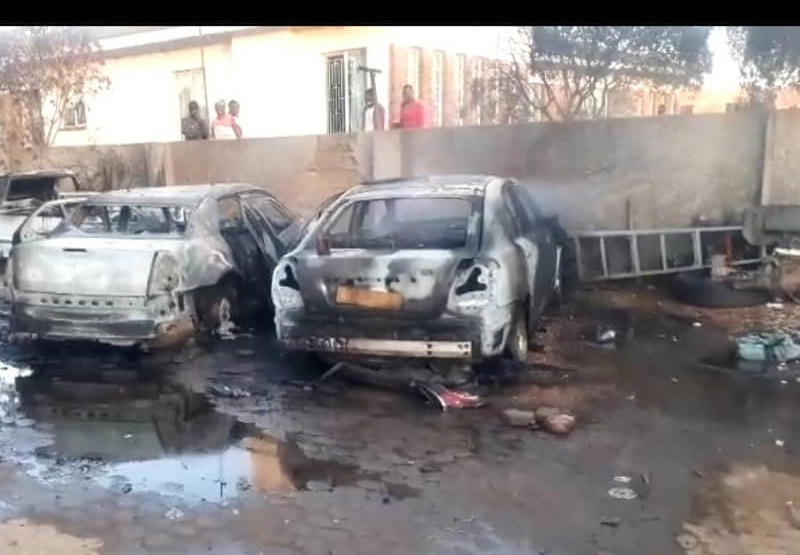 A PROMINENT Kwekwe businessman, Peter Gore Monday lost four vehicles in an inferno at his home in the town’s leafy suburb of Newtown.

The source of the fire is yet to be established.

Whilst the businessman was not immediately available for comment, neighbours expressed relief flames from the raging fire did not spread to their properties.

“It is sad that cars had to be reduced to shells. However, we were frightened that the fire would also destroy our houses,” one neighbour said.

A swift response from Kwekwe City Fire Department and Zimasco company managed to save the house, though the cars were reduced to shells in the inferno.

Gore, 67, once tried his luck in politics after he contested for the Mbizo parliamentary seat under Simba Makoni’s Mavambo Kusile Dawn party in the 2008 elections.

The businessman has 12 wives and 69 children.