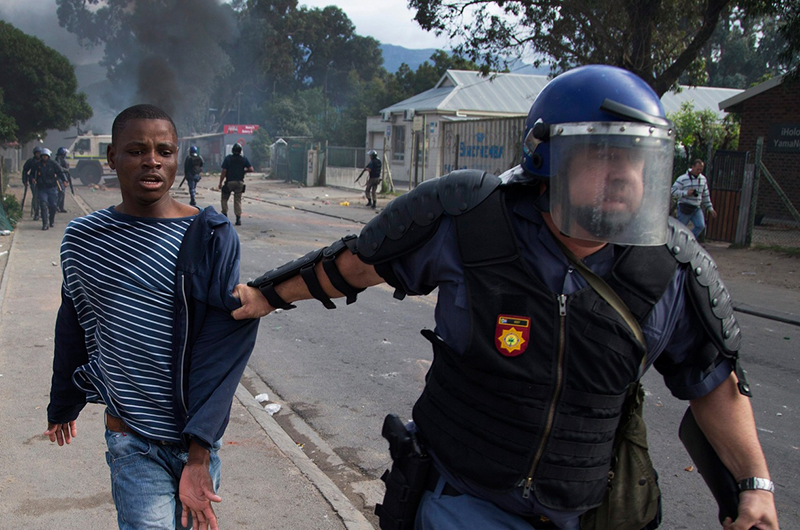 SOUTH Africa: Department of international relations and co-operation (Dirco) spokesperson Clayson Monyela has slammed claims that SA’s crime rate “is on another level” and Zimbabwe is safer.

Al Jazeera journalist Haru Mutasa was at the receiving end of online backlash after she said this country’s neighbour ” is really beautiful, without the crime of SA”.

“Ouch, South Africans — there, I said it. Compared to Zimbabwe your crime is another level. Fight me all you want, you know I am right, but we still love you — our lovely neighbours across the border who wrongly believe the rest of Africa is invading them. Oops — I said that.”

Reacting, Monyela said: “I’ll be a good diplomat and resist the temptation to ask you to produce credible stats in your country to back up this tweet. I’ll also not ask if some of your nationals are contributing to the ‘crime in SA’. Do better.”

This is not the first time Monyela has criticised such claims.

Previously, he asked Eswatini government spokesperson Alpheus Nxumalo to back up his suggestion that “SA is infested with a cancer of criminality from head to toe”.

Nxumalo was asked to comment on former EFF secretary-general Godrich Gardee’s claims of an alleged link between Eswatini and his daughter’s death.

Speaking to SAfm, Nxumalo said there was no truth to Gardee’s statements and he should allow the SA police and judiciary to do their jobs.

“We’ll use diplomatic channels to seek an explanation from the Kingdom of Eswatini regarding this unfortunate statement by their spokesperson.

“No country is immune from crime. That’s why we all have criminal justice systems,” he said.