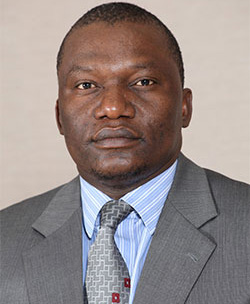 GLOBAL Sports Academy’s promising football star Munashe Gatsi is set to leave for trials with various clubs in England including Watford and Crystal Palace at the end of the month, it has emerged.
Gatsi’s trip for his first professional trial stint was made possible following a $10,000 donation by CBZ Bank which was handed over by the CEO Never Nyemudzo in Harare on Monday.
The former Kuwadzana 1 High School student is set to fly out to the UK on the 27th of this month for the trials scheduled for the first week of October.
Speaking on the side lines of the presentation, Global Sports Africa Representative Maria Knife said, “Munashe was selected to attend these trials in England mainly due to his playing ability and hardworking approach in the sport.
“This boy was set to miss the trials which were setup by our partners PFA Academy. Now he will be rubbing shoulders with some of the best players in England who will attend these highly sought after club trials.
“He will be in camp for a week in London.”
At the trails, EPL club scouts will be joined by league and championships teams to look for the next star from Africa.
The 3-day showcase will be hosted at Barnet FC Ground, with clubs such as Crystal Palace FC, Charlton Athletic FC, Watford FC among others looking to beef up their senior and junior teams for the 2016/17 upcoming season.
The GO Football Trials are the most sought-after UK Talent showcase which expose upcoming talent to top football clubs in England and Sweden.
It is an elite football showcase which offers aspiring players the opportunity to secure UK professional Football Trials with top clubs in all UK Football leagues, ranging from the Premiership, Championship, League One and league Two outfits.
“Gatsi came through our junior ranks a few years ago and, after impressing at our club, we are now sure he will be able to make a mark in England,” said Knife.
“Some of the clubs coming to watch him are Queen Park Rangers FC, West Ham United FC, and Non-league team and also division clubs.
“Such a platform will definitely impact on this young man’s life. CBZ Bank then played a major role in allowing Munashe to travel and participate at these trials.”
At the trails he will be able to interact with world renowned coaches and scouts such and Wally Downes formerly of West Ham United, Chris Hargreaves of AFC Bournemouth and Carlos of Manchester City juniors.Advertisement

Global Sports has developed a number of local athletes that are currently playing university soccer in the USA and in Europe.
While on the professional clubs platform they have linked players such as Yasser Chapfika, currently playing division soccer in Spain, and Rungano Kanyepi who recently returned to pursue his soccer in England.