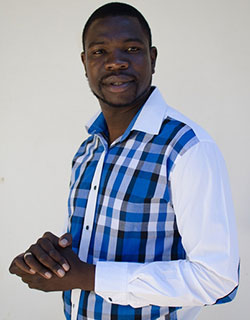 PROPHETIC Healing and Deliverance Ministries leader, Walter Magaya, who claims to perform miracles and deliver good fortune to followers, this week, appeared to take credit for the appointment to cabinet of Zanu PF’s Nyasha Chikwinya.
President Robert Mugabe named Chikwinya woman’s affairs minister as he tweaked his cabinet with the eyebrow raiser being former information minister Jonathan Moyo’s reassignment to higher education.
Preaching at his Harare church on Wednesday after returning from a tour of Botswana, Magaya congratulated Chikwinya, one of his high profile followers.
“We now have a minister in our ministry and I am very happy for her, she is my daughter. What surprises me is that respected people come to church but some do not,” said the youthful preacher.
He then added: “No one will come to PHD and remain the same.”
An ecstatic Chikwinya jumped from her seat in joy and rushed to the pulpit when she went down on her knees before the ‘prophet’.
The televangelist told thousands of his congregates that he was unmoved by attacks from critics who allege that he is false prophet.
He also announced plans to take his ministry to Britain “to perform miracles as well as deliver and heal people in the United Kingdom”.
For the moment however, he is focussed on South Africa and the sub-region.
“I was there (in the UK) a fortnight ago ‘scanning’ the ground we will use maybe in August because people in South Africa requested us to go there and we have to go.
“My wish is to have another crusade in United Kingdom,” he said.