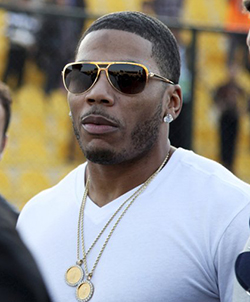 SEATTLE: The rapper Nelly will not face rape charges because the accuser is not cooperating, prosecutors in Washington state said.
The woman said Nelly raped her on his tour bus in October in a Seattle suburb. Auburn police arrested Nelly, whose real name is Cornell Iral Haynes Jr., in his bus at a Walmart and he was booked into jail on suspicion of second-degree rape, then released.
Shortly afterward, the woman said she wanted to stop the investigation.
King County prosecutors said in a statement Thursday that they have reviewed the investigation, but without the woman’s help, they can’t “proceed or fully assess the merits of the case.”
Nelly’s attorney, Scott Rosenblum, said in a statement to The Associated Press that the performer had been the victim of a “deceitful allegation devoid of credibility.”
Rosenblum said Nelly supports advocacy groups that deal with sexual assault and violence against women and is dedicated to raising awareness about such issues.
“However, this type of reckless false allegation cannot be tolerated, as it is an affront to the real survivors of sexual assault,” he said.Advertisement