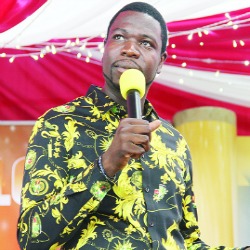 Africa is currently experiencing another form of slavery through Pentecostalism.

We are now mentally lazy and our ability to reason, scientifically, has been incapacitated.

The African Pastor won’t talk about Steve Jobs or the young people in Silicon Valley reshaping our world.

They won’t talk about young American scientists spending endless hours in search of a cure to a disease that’s predominantly in the Tropical African Region.

In every corner of the world, there exists young men and women who have defied all odds and become successful through hard work, creativity, and dedication….

The African pastor won’t talk about them, neither will he ask his members to emulate the spirit of these individuals.