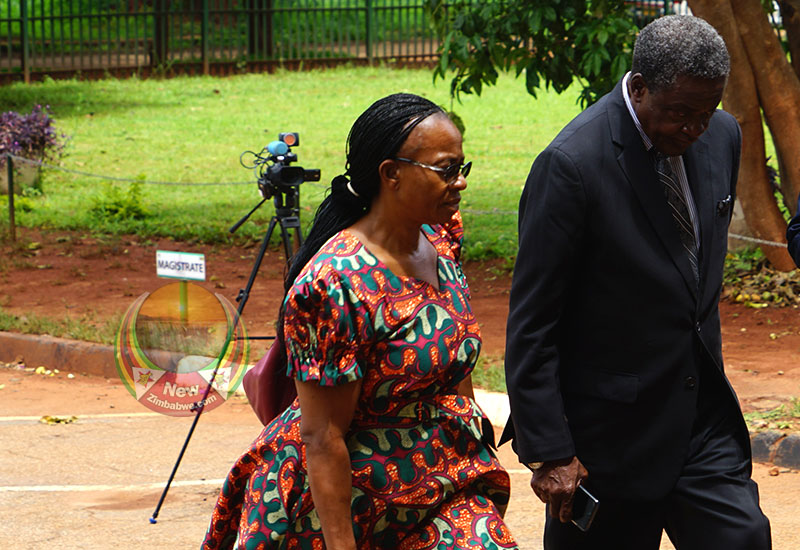 The convicts were part of the hundreds of people arrested after the deadly violence which recently rocked the country as Zimbabweans protested against fuel price increases.

They were sentenced around 9pm last Friday by a Harare magistrate, long after closing time for the courts.

Two alleged accomplices – Cassim Muzhingi, 23, Benson Bhobho, 35 – were found not guilty at the end of the trial.

Chari was said to have been the ring leader and was thus jailed for seven years before one year was suspended conditionally.

The other five will serve an effective four years each after their sentences were reduced on condition of good behaviour.

The magistrate was adamant that a custodial sentence was necessary in the circumstances.

“A fine or community service will trivialise the offence; that would not be compatible with true justice,” the judge said.

“Even the superior courts would yell at us for delivering such judgements. Demonstrating does not mean one has to be violent or damage property.

“A sharp and short custodial sentence will send a good message to other youthful potential offenders.”

Prosecutor George Manokore had urged the court to send the accused to jail saying they maliciously damaged property.

“Nothing was gained by torching the bus and the vehicle,” he said.

“The violence did not achieve anything and from the way and the time it took, it shows that this was a planned thing.”

The eight were arrested on the 15 of January on allegations of having been involved in the deadly violence and looting which rocked Zimbabwe over that week.

Scores of people were killed between 15 and 16 of January this year and dozens of others injured as the security forces cracked down on angry Zimbabweans protesting the government’s decision to more than double fuel prices.

Government blamed the opposition MDC party and surrogate groups such as the main ZCTU labour movement for the violence.