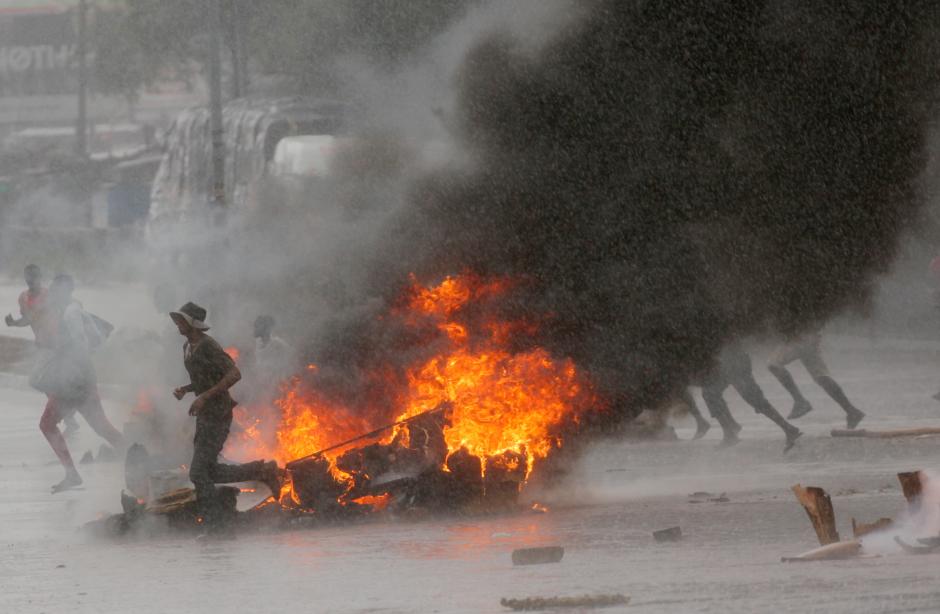 BUSINESSES whose  property was destroyed and had goods looted, during the violent protests  in January will next week start accessing the $30 million loan facility availed by government to restock their businesses, Industry Minister Mangaliso Ndlovu has revealed..

Ndlovu told captains of industry attending a dinner organised by the Grain Millers Association GMAZ in Bulawayo, Thursday, that according to assessments made countrywide, Bulawayo was the most affected.

“We agreed with the affected businesses that the money would be given directly to the suppliers. We will be having dialogue with suppliers because there might be a period of around a week or two between supply and payment. We want to make sure that period is as short as possible,” said Ndlovu.

According to Ndlovu property and goods worth US$19, 5 million was looted and destroyed in Bulawayo during the protests organized by the Zimbabwe Congress of Trade Unions against a 150% fuel increase.

Government reacted by deploying the army which used live ammunition leaving some 17 people dead and dozens nursing gunshot wounds according to rights groups.

The Industry Minister said the money was a rescue package by government which should be paid back adding businesses that want compensation should follow the legal route.

“Those who want compensation should follow the legal route and approach the organisers of the demonstrations as they are responsible and liable,” he said.

Ndlovu said government has already devised ways of recovering the money in the event of some business people failed to pay.

“We don’t anticipate any defaulting because we are dealing with our esteemed business community. We will find a way of recovering our money should we realise that there are distress signs,” he said adding a two months grace period will be given to beneficiaries before they begin paying back.

“Those who lost equipment and wish to replace will pay an interest rate of three percent per annum and have 12 to 24 months to repay.

“Those who lost their buildings during the process will access funding at a concessionary rate of two percent per annum.”

Speaking at the same event GMAZ national chairperson Tafadzwa Musarara said millers lost about US$3 million worth of stock during the disturbances.

“In the previous disturbances, milling sector lost nearly US$3 million worth of stock , largely stocks in consignment in shops but yet to be paid, loss arising from non-productivity for nearly seven days and also our stocks from our own premises looted,” said Musarara.

“We are most grateful to government for its timeous intervention.”