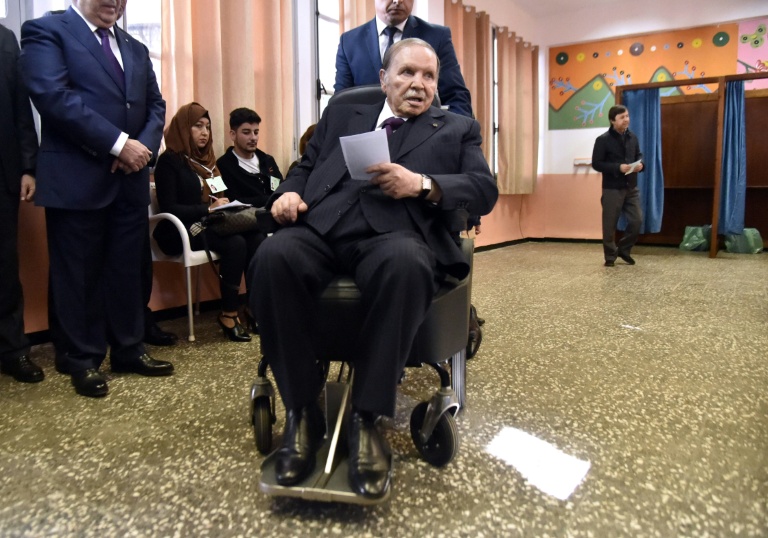 ALGIERS: Thousands of Algerians have taken to the streets in several towns to denounce ailing President Abdelaziz Bouteflika’s bid for a fifth term.

Security was tight Friday in the capital, Algiers, where thousands of protesters headed to Martyrs Square in the city centre. The crowd of mostly young people shouted slogans like “No fifth term!” and “No to corruption!”

Demonstrations are rare in Algiers, where police usually prevent protesters from gathering.

The 81-year-old Bouteflika announced this month that he plans to seek a new term in the April 18 presidential election despite serious questions over his fitness for office after a 2013 stroke left him largely infirm. He has been seen in public only a few times a year during his entire fourth term.

Yet many Algerians likely would vote for Bouteflika again, fearing that his departure could lead to government instability.

Other demonstrations took place Friday in Oran, the country’s second-most important city, and the northern towns of Annaba and Akbou.

In Annaba, 500 kilometres east of Algiers, hundreds of people marched on the main street with posters of Bouteflika that had a cross over them.

Protesters used tires and other materials to block some streets in Akbou, in the Kabylie region, which is historically hostile to Algiers’ central power.

Another demonstration is planned for Sunday in Algiers by Mouwatana, a group gathering opposition parties and activists. Organisers want Bouteflika to “renounce” his decision to seek a new term, notably because of his health.