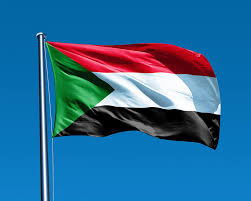 Doctors in Sudan went on strike on Monday, feeding into deadly protests against bread prices that represent one of the biggest challenges President Omar al-Bashir has faced in nearly three decades in power.

A gathering of professionals from various sectors had issued a call on Sunday to strike as fresh protests hit cities – including Omdurman, close to the capital Khartoum – late into the evening.

The strike “started at 0600 GMT in the morning” and hospital workers were the first to take part, said Mohammed al-Assam, a member of a committee of doctors.

The committee said in a statement that it would submit an official demand on Tuesday for the “president’s immediate resignation in response to the uprising by the Sudanese people… (and the) formation of a transitional government”.

The protest movement has hit around a dozen cities since on Wednesday, after the government tripled the price of bread, in a country beset by economic crisis.

Eight people have died in demonstrations in the eastern cities of Al-Gadaref and Atbara during clashes with security forces, according to officials and witnesses.

But others have spoken of higher death tolls.

Opposition leader Sadiq al-Mahdi said on Saturday that 22 people had died, denouncing what he called “armed repression” against a legitimate protest movement.