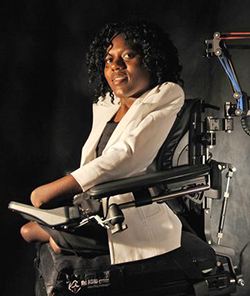 LIYANA band, made up of former pupils at King Goerge VI School in Bulawayo, is planning a comeback on the local musical scene, NewZimbabwe.com can reveal.
Sources who spoke to this publication confirmed that the band, which had disbanded a few years ago due to personal differences, was regrouping with new members set to be recruited after some of the original band crew opted out.
Liyana members met and began performing together in 2004 at the King George VI School for disabled children in Bulawayo.
A source close to the developments, who spoke on condition of anonymity as he is not authorised to speak on behalf of the group, revealed that the band has already started rehearsals.
“Some members of the former band met recently with their manager and discussed the idea of reviving the band. However, only three of the eight-member band were for the idea; some of the band members have relocated to America, while others opted out.
“The three – Marvellous Mbulo, Prudence Mabhena and Farai Mabhande – have already started rehearsals at King George school. They have engaged the services of an underground jazz band,” the source said.
The band, which has to date released two albums, Liyana and Sugar Rhythms, proved to be a hit and even represented the country in a regional musical competition, which catapulted them to the international stage.
Liyana entered their first musical competition, the Music Crossroads provincial finals in 2006, where they walked away with the first prize.
They proceeded to the national finals where they came third and earned a ticket to represent the country in the Southern African finale. They also came third and were handed an opportunity to tour countries like Belgium, Sweden and the Netherlands.
In 2009, the band toured the United States where they performed at some of the best venues in that country.
While the group was dormant, the band leader, Prudence Mabhena, released a solo gospel album, Ithemba Lami, in 2013.
Mabhena gained instant fame when a documentary about her music, Music by Prudence, won the coveted Oscar award. However, controversy would soon follow after it emerged the producer of the documentary Roger Ross Williams, kept the award for himself.
Advertisement