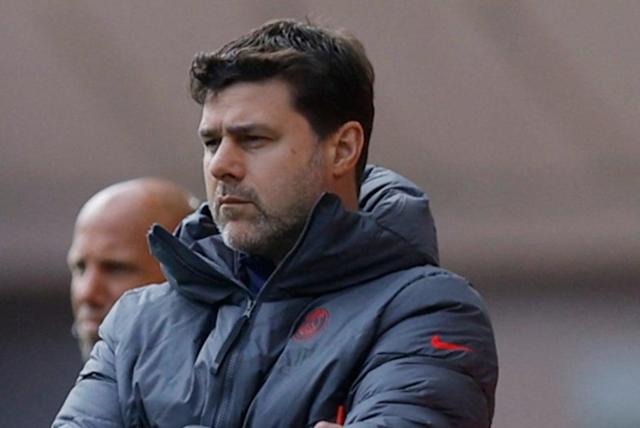 PSG president Nasser al-Khelaifi presented Galtier to media at a news conference and said, “We have a new era to start, a new atmosphere, new objectives.”

Galtier said he felt “emotional” and “proud” to take charge on a two-year contract.

“We have to work in the right way to make people happy,” Galtier said. “I am prepared. If I accepted this job and this responsibility, it’s because I’m capable of it.”

Galtier stated there will be no favors for star players long perceived as overly indulged at PSG.

“Commitment, respect, and the team above all. If, unfortunately, players step away from that then they will be left out,” Galtier said. “Not one player will be above what a squad should be. I am a very demanding coach.”

Galtier urged for a smaller squad but wants the injury-prone Neymar in it. PSG also boasts Lionel Messi and Kylian Mbappe.

“You have to find a balance in the side, but I have a very precise idea about what I’m expecting from Neymar. Of course I want him to stay. It’s better to have world-class players with you.”

“No one is above the club,” he said. “If a player doesn’t want to respect the rules in place then he has no place here.”

“We never spoke to Zidane,” he said. “Christophe was our No. 1 option from the beginning.”

Pochettino had one year left on his contract. He followed Thomas Tuchel, Unai Emery and Laurent Blanc in being fired by PSG since 2016.

Pochettino won the French league but ultimately paid the price for the club’s humiliating exit from the Champions League to Real Madrid in the round of 16. PSG led 2-0 on aggregate and conceded three goals inside 20 minutes.

Galtier led Lille to the French title in 2021 and joined Nice last season, finishing fifth but knocking PSG out of the French Cup. Nice drew with and beat PSG in the league last season. Nice did not concede a goal and Galtier’s astute tactical sense stood out.

When he guided Lille to the 2021 title, his side drew at home with PSG and won away, again without conceding a goal. Galtier figured out how to shut out PSG’s attacking armada of Mbappe, Neymar, Angel Di Maria and Messi.

The 55-year-old Galtier played for Marseille, where he was born, during two spells as a journeyman defender. His career ended in 1998 amid the obscurity of Italian club Monza.

He improved Saint-Etienne’s fortunes when he coached there, winning the League Cup in 2013 — the year he was voted the French league’s best coach along with PSG’s Carlo Ancelotti.

Since cash-rich Qatari investors QSI took over in June 2011, Ancelotti is the only coach not to be fired, leaving for Real Madrid in 2013. But Ancelotti was hired only after Antoine Kombouare was astonishingly axed in December 2011 when PSG was three points clear at the top.