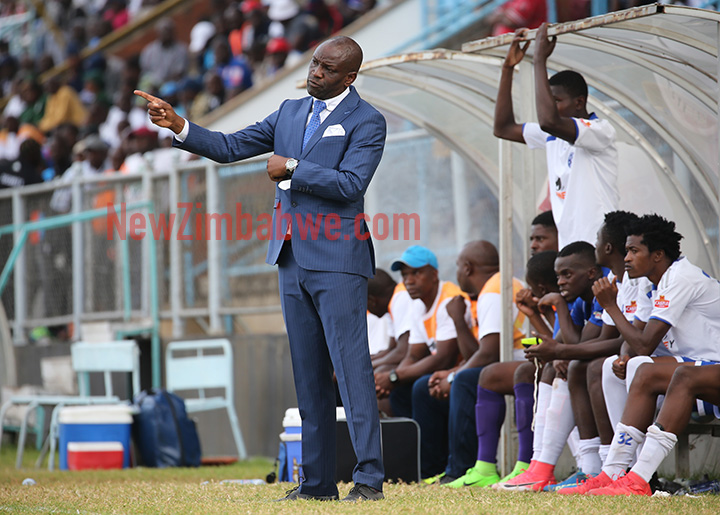 At Rufaro Stadium, Dynamos succumbed to two early goals by Harare City through double scorer Bright Chayambuka after 5 and 13 minutes of play.

Kudzanai Dhemere’s goal in after 19 minutes helped restore hope for the former champions but the damage had already been done as the match ended 2-1 in City’s favour.

Before Sunday’s encounter, Dynamos coach Lloyd Mutasa was sitting on a precarious ultimatum to collect 9 points in three consecutive games but made it 6 out of a possible 9 with Harare City spoiling the popular outfit’s recovery mission.

Dynamos have only won two games in 10 premiership starts this season and have dropped from 10th to 12th position on the premiership ladder after the earliest round of matches.

With their poor run so far, the Dembare defeat was not as surprising as that of Highlanders who lost 1-2 to underdogs ZPC Kariba. The Kariba side came back from behind to break their highly fancied opponents’ hearts.

Elsewhere, Bosso scored through Ozias Zibande after 42 minutes but the power generators came back to score 2 goals through Moses Demera after 59 minutes and Tawanda Nyamandwe at the stroke of full time to give the visitors their first win of the season.

Through a defeat to an unlikely side, Bosso did not do their 2018 title aspirations any favour as they fell further behind the early championship chasing pack of Ngezi Platinum, FC Platinum and Chicken Inn who all registered victories during Week 10 of the current premiership race.

Highlanders are still number 3 on the league table but have now fallen 6 points to log leaders Ngezi Platinum.

In other games, Caps United salvaged a point away to Shabanie Mine when John Zhuwawo struck after 75 minutes to cancel out a strike by the hosts at the stroke of half time with the match ending on 1-1.

Mutare City also played out to a 1-1 draw with Black Rhinos.