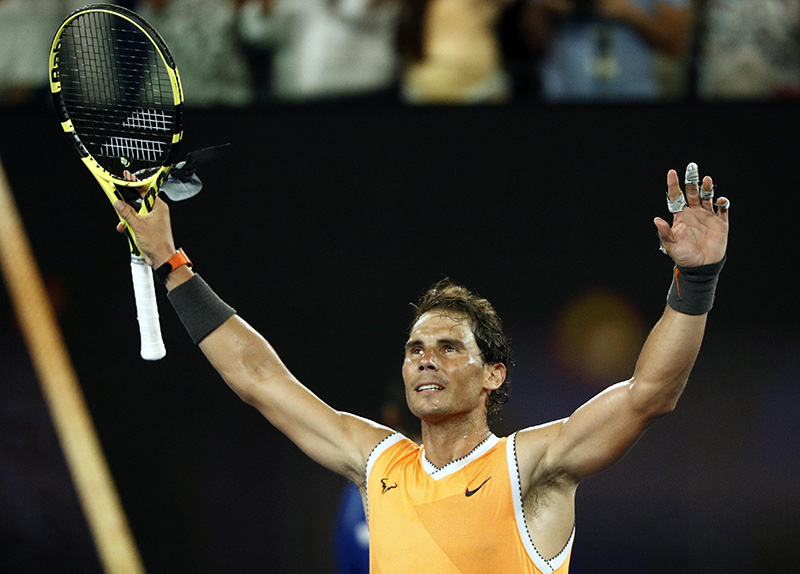 Rafael Nadal hopes home fans will still love him after he broke their hearts by completing an Aussie hat-trick at the first Grand Slam of the year.

The Spanish world number two has only faced Australians so far at Melbourne Park — and sent all three packing in double quick time.

James Duckworth, Matthew Ebden and the nation’s number one Alex de Minaur were all brutally dismissed from the Australian Open as the “Spanish Bull” roared into the fourth round without dropping a set.

Told by reporters he might be public enemy number one after his demolition job, the affable Spaniard was taken aback.

“What do you mean, popularity going down?” he smiled.

“I don’t think so, no, no. My feeling is people here understand the sport. People here love the sport.

“I think Australians don’t see me like an opponent. I have been always friend from Australia.”

At least Nadal won’t be exacerbating the situation by making it four Aussie scalps in a row. He faces Czech Tomas Berdych in the last 16 on Sunday, hoping to feel the love once more.

“I think the fans appreciate that I feel close to them. I feel a good connection with all the people there.

“It is a feeling that is difficult to describe,” added the man who is gunning for an 18th Grand Slam crown.

“When you go walk on court, you feel the support and love of the people, it’s one of the feelings that you’ll miss the most when you are not playing.”