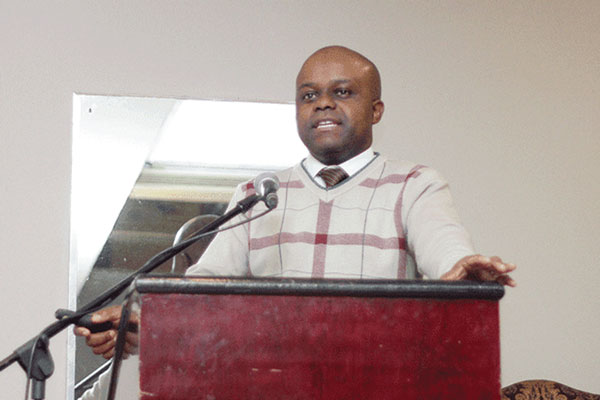 This came out at the weekend during a workshop on the Bill in Kadoma by the Southern African Parliamentary Support Trust (SAPST) to capacitate members of the Parliamentary Portfolio Committee on Public Service and Social Welfare and other stakeholders on the provisions of the Bill.

The Bill amends the PVO Act and the government says it will curb money-laundering.

However, it has provisions that seek to criminalise the work of non-governmental organisations by proposing harsh penalties, including jail time of up to one year for perceived offences.

The Bill also gives the government and the minister responsible for CSOs and trusts, excessive powers, which will enable them to interfere with the operations of these bodies.

“In many countries, NGOs are filling the gaps in public programmes and services that States have failed to perform or provide owing to limited fiscal space among others. It is evident that a successful NGO community is essential for effective and efficient civil society that organises local participation which is essential for sustainable development,” Chitambara said.

“Creating an enabling environment for NGOs to operate is recognised as being critical for the attainment of the Agenda 2030 on Sustainable Development Goals (SDGs) and the African Union (AU) Agenda 2063. The role of NGOs is even more important in low-income countries where the fiscal space is limited,” he said.

Chitambara said the Bill had provisions that went beyond FATF recommendations and had the potential to disrupt financing of activities in the country, which will have adverse effects on the economy as NGOs contribute to tax revenues, foreign currency generation and social protection.

“Owing to the huge financing gap in productivity-enhancing and poverty-reduction sectors of the economy such as health, education, social protection, and water and sanitation, the country has had to rely on donor financing from international NGOs and development partners,” he  said.

Chitambara said NGOs were an anti-corruption watchdog, hence disruptions of their activities would fuel graft.

“A survey we carried out with a number of NGOs revealed that the contribution by NGOs to tax revenues ranged from US$4 000 to US$35 000 per month depending on the size of the NGO.  Importantly, a lot of the gains that have been registered as key development indicators have been on account of the partnership between the government and NGOs.”

Chitambara said the law would further restrict political and economic freedom in the country.

“NGO restrictions in a number of countries have also led to the NGOs adopting different strategies including: disbanding, continuing to operate informally, circumventing regulations by registering as a different type of organisation, litigation, and giving up policy advocacy among others.”

“The country’s current regulations and laws are robust enough to deal with any threat of fraud or money-laundering by NGOs. Importantly, creating an enabling environment for NGOs to operate is critical in the attainment of the country’s Vision 2030,” he said.