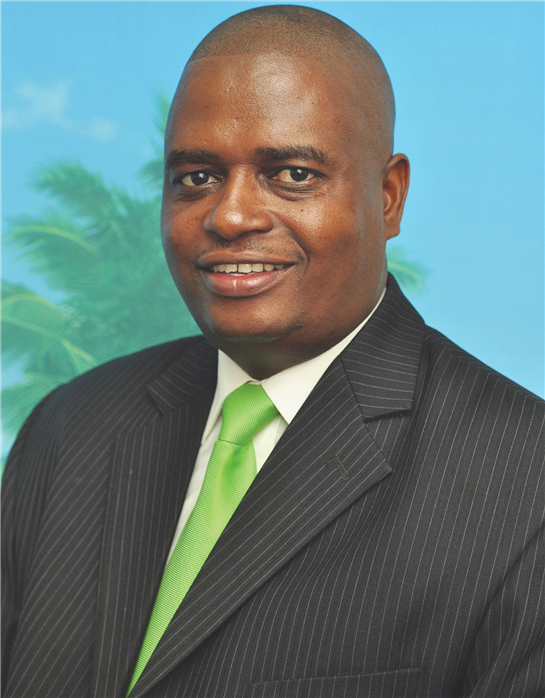 ON Sunday the 18th of January I came across an article entitled “Civil Society Anti-Prepaid water meters mislead residents” which was published in the state run Sunday News. Naturally, there are traditional names that I have always known for their “principled” stance in penning anarchy but much to my surprise; it was one individual that I have always held in high esteem as one of the finest minds the country has ever produced who now pretends to be operating on a brain-scale tantamount to that of a rat.
Former director of Policy in the MDC led by Professor Welshman Ncube, Qhubani Moyo seems to have failed to arrest his appetite for joining the candy chariot, riding on his new title of “Dr” which I’m yet to appreciate its source. Qhubani Moyo is clearly unashamedly singing for his unholy super from the ponds of Zanu PF who seems to have captured his once stable frame of mind that has formerly spoken logic ahead of nonsense. Such sublime mysticism about the sudden holiness regards the diabolic program of prepaid water meters is an uncontested candidate on the joke of the year shortlist.
For me, reading his article cost me a good one hour of my time which I could quantify in financial terms let alone press for charges on account of time/resource wasting on my part because Qhubani produced one of the most ridiculous articles ever produced by a person who calls himself Doctor! I am tempted to do a factual correction, which is also currently costing me time, for purposes of correcting a grown man’s wrongs that he penned knowingly premised on selfish personal interests that militate against the universal principle of Ubuntu.
I am concerned that your principles have overturned in the blink of an eye where I now see you as a man of the system as opposed to the Qhubani I knew who stood for the poor and marginalised. You posit that “In the case of Bulawayo where major demonstrations and door-to-door campaigns have taken place, the city council has made it clear that prepaid water meters are to be installed in the pilot phase in the City Centre and the Cowdray Park area commonly known as Garikai/Hlalani Kuhle. This is the area where Government allocated residents stands post the Murambatsvina era and the area had not been well serviced to ensure proper provision of water services by the council.”Advertisement

Surely if this unbridled loss of principles and values continues at this alarming rate, trust me this world will be worse than Sodom and Gomorrah. You have suddenly become a darling of government and council ahead of your own people? Have you forgotten the brutality of Operation Murambatsvina and how people failed to get equitable compensation? You are now concerned on compensating Council for the service not rendered whilst forgetting that it’s the people who need to be compensated first? A needs assessment of the same area will tell you that the GDP per capita is well below $5. Government must first address the issue of service regulation and provision, not jump in to put measures that will strain people financially.
The tragedy of Qhubani is that of a lost factual and academic compass which I diagnose to be in dire need of scientific calibration to railroad him back to logic. To want to try and unpack the tragedy of the commons whilst recommending the guillotine as panacea is a mere third world joke that deserves all possible derision. I am perplexed by your claim that failure to settle council debts is not due to the harsh macro-environment characterised by a liquidity crisis opting to call residents “irresponsible” and blaming them for local authorities’ poor financial situation. Surely the Gods must be crazy.
All of a sudden you have forgotten that our local councils are characterised by corruption, rent seeking and nepotism? If you do a scientific study of local authority budgets you will realise that water is the highest revenue generator amongst other sources of income which I’m going to tell you in the following paragraph. Traditionally, in Harare for instance, you will realise that water rakes in more than 50% of the total revenue collected but of the same figure, less than 50% is injected back to the water account because local authorities have in most cases re-directed water revenue towards salaries and admin etcetera. So, in light of this example, the argument should then be left on the scale of transparency, accountability, effectiveness and efficiency.
You drove home a good point pertaining municipal sources of income in your article and I quote “There are basically two sources of income, the first one being the Government fiscal transfers to local authorities which is not happening now because of the problems faced by the Government. Government fiscal space has continued to shrink so it has not been able to assist significantly in fiscal transfers to local authorities. The second source of revenue is collection that it makes from residents.”
My big brother, you are encouraged to read the likes of Shingi Mushamba, Stephen Chakaipa, Phillan Zamchiya, Bourniface Courtinho and the late Professor John Makumbe or merely study council budgets and you will realise that municipal sources of finance range from; Property Tax (domestic/industrial/commercial Refuse collection, welfare, ZINARA, billboards, city architects, clamping and Towing, health fees, housing-rentals, leases and markets, water, parks and cemeteries, metropolitan police, education, estates and other facets of council as per the promulgation of by-laws. So where is the revenue being collected from these sources going to? Secondly, it should be no secret to you that in terms of municipal debts, government is the largest municipal debtor apart from residents so your focus should be calibrated as I said earlier from focusing on poor residents whose income has been corroded by our ailing economy and concentrate on big spenders/debtors.
You explicitly capture statements made by your new inspirators in the form of Minister of water, Environment and Climate, Hon Saviour Kasukuwere and Dr Chombo who called for the installation of prepaid water meters at a World Bank function held in Mutare. What baffles me the most is that you confirm that the slashing of rates has compounded the dire revenue base of most local authorities yet you also fail to raise the fact that many bureaucrats and top government officials were equally guilty of not paying their bills, especially at their farms, but you see it fit to attack residents whose majority is not in any formal employment. This is the same reason why I repeatedly call your article a piece of hypocritical bunkum that should be dismissed with the utmost contempt.
The argument around prepaid meters, for me, comes as a premature argument poised for a still birth. Let me hasten to say that it does not make any sense to introduce a device that seeks to regulate a commodity that is scarce. Are we not jumping the gun to want to posit that installing prepaid meters is the panacea to our water crisis? There are many technical explanations around pre-paid water meters and chief amongst them is that the gadget works on electricity and has a battery life of up to 8 hours. Now in the event of these common power cuts which have become incessant, affecting communities for up to days, would it suffice for you to note the obvious consequence? Post that would it suffice to say that my right has been violated? Come on Qhubani, think!
In conclusion, I would like to encourage you to do some investigative writing and also reading around these things. I challenge you to position yourself from the lenses of a rate payer who understands the consequences of neo-patrimonialism and rampant clientism in local authorities and argue that if councils cut on their salary bills, if government cuts on its wage and travel bill and adopts a Weberian kind of bureaucracy what would service delivery be in Zimbabwe? Your call for local authorities to rush the process of installing prepaid water meters, I can confirm, will be equally and legally met with the strongest resistance it deserves. Above all, I understand where you are coming from and where you are going, but I can tell you that you will never miss the water until the well runs dry.
Tendai Muchada is a local governance analyst based in Harare. He can be reached on carterchra@gmail.com