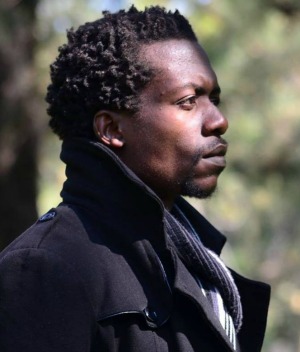 THE much anticipated premiere of a new movie, Qiniso, failed to live up to the billing, disappointing hundreds of movie lovers who thronged the Bulawayo Rainbow Cinema on Saturday.
Qiniso, a product of a clique of talented crew and cast mostly from Bulawayo, failed to maintain the momentum and buzz created days leading to the premiere.
The premiere was modelled around Hollywood movie premieres, with a red carpet and all the glitz and glamour that goes with such events.
The similarities went as far at that and the rest that followed was a painful reminder of how the local film industry needs serious overhaul.
Movie enthusiasts waited for almost two hours to watch the movie and had to battle with high temperatures coupled with a malfunctioning air-conditioning system.
The producers of the movie who adopted an aggressive marketing strategy failed to anticipate that a large crowd would turn out and therefore needed a bigger venue.
The cinema house was packed with those who were unfortunate not to find a seat had to seat on the carpet by the aisle with some opting to stand by the door.
Bulawayo has other bigger theatre houses which would have accommodated everyone without a hustle.
In an effort to do some sort of damage control, the organisers of the event came up with a not so clever idea of moving those who were on the overflow to Rainbow City 2 so they could watch the movie from there.
However, due to technical challenges which mired the whole event, those at Rainbow City 2 were made to watch some foreign movie.
This further infuriated some people who later left the venue.
The movie itself left a lot to be desired with most people who spoke to this publication lamenting its quality and the storyline.
Sound and picture quality were poor and in some parts it was difficult to get the gist of what the cast was communicating.
The ending of the movie was also disappointing as it left people hanging without a sense of how the mysterious murder of a prominent city lawyer, Nkosana, was solved.
It was ironic that despite its title, Qiniso, loosely translated to English means truth, the truth does not come out at the end.
The lead actor, Philani Nyoni, who plays the role of Nkosana and is a NAMA nominee for Best Actor for his role in this movie, left many questioning the criteria used by NAMA adjudicators to select nominees as his acting was not that convincing. Advertisement

The movie will now go on a two week run with tickets pegged at $3.
The biggest winners on the night were the people who came in their numbers to support the premiere, a sign that Bulawayo residents are hungry for locally produced content.