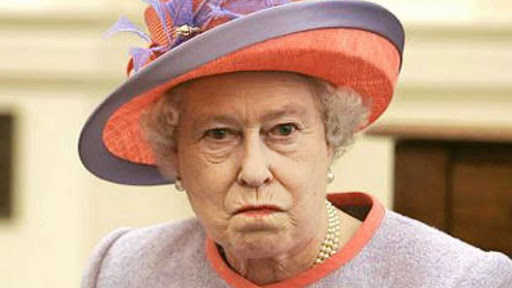 The Queen is said to be ‘furious’ after Royal Household staff revolted against a plan for them to stay in a coronavirus bubble at Sandringham over Christmas.

A team of about 20 employees had been asked to remain on the monarch’s Norfolk estate without their families to support her, Prince Philip and other members of the Royal Family during the festive period.

But the group – said to involve cleaners, laundry and maintenance workers – are believed to have mutinied because they are unwilling to isolate from loved ones for four weeks.

Staff were being asked to stay for the month-long period so they could remain in a Covid bubble to protect the 94-year-old monarch.

The uprising means the Queen could be forced to spend Christmas at Windsor Castle for the first time in 33 years.

Palace officials are in the process of creating a special ‘bubble’ between Sandringham and Windsor, which means the Queen can travel between the two with the same team.

A royal source told The Sun: ‘The Queen is furious. The staff said enough is enough. It is absolutely unprecedented.

‘Everybody wants to stay loyal but they feel they’ve been pushed too far by being made to isolate from their families for Christmas.

‘Discussions are taking place with the team on operational matters but it is too early to speculate on implications for Christmas.’

The Queen typically spends her winter break at Sandringham, travelling up after the Christmas party for extended family members at Buckingham Palace in December.

Until recently she had been at Balmoral in Scotland with her 99-year-old husband Philip, but travelled down to Sandringham on September 14.

The couple decided to cut short their stay in Scotland three weeks early to spend some quiet time together in the intimate surroundings of Wood Farm on Sandringham, where Philip now lives alone in a ‘modest’ five-bedroom home.

Palace officials are creating a ‘bubble’ between Sandringham and Windsor.

This means that when the Queen returns to the castle in early October and ‘commutes’ as she resumes limited duties at Buckingham Palace during the week, she and Philip can still travel between their residences to see each other.

The prince has spent most of his time at Wood Farm since retiring from public duties in 2017 as he prefers the peace and quiet there, away from the formalities of royal life.

A royal spokesman said the Queen intends to carry out a reduced schedule of audiences and engagements at Buckingham Palace in the run up to Christmas.

But she could be forced to make a tough decision about who to invite over for Christmas Day if the current ‘Rule of Six’ restrictions remain in place into December.

Insiders say it had always been the Royal Family’s intention to get Buckingham Palace up and running as a working building as soon as Covid regulations will allow.

Balmoral will open to the public again on October 3 for guided tours. Prince Andrew was also seen leaving the estate earlier this month after spending a week holidaying with his parents.