This was announced Thursday by the Foreign Affairs Ministry. 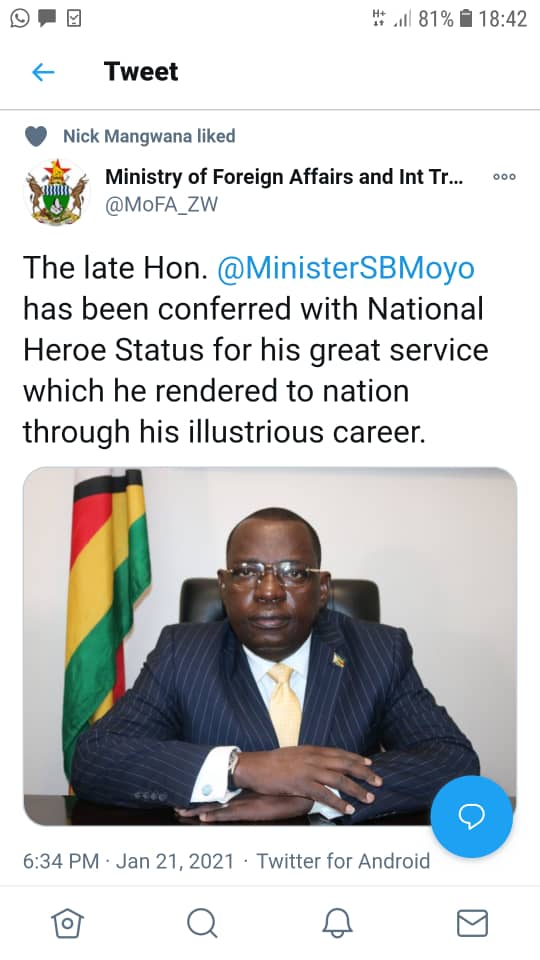 Moyo, who is said to be a veteran of the country’s liberation struggle, died Wednesday aged 60 from Covid-19 complications. He had been unwell for some time.

Although there have been variations lately, the Zanu PF led government has traditionally reserved the national hero status for those who took part in the liberation struggle which was ended by the occasion of the Lancaster House negotiations with the former colonial master in 1979.

But questions have emerged Moyo, who was 20 years at independence in 1980, could have been part of any gallant heroics of the struggle during his teens to a point of deserving the status at the expense of a lot more older fighters than him and were denied the honour.

According to an online publication, TheNewsHawks, former Zipra commanders have dismissed state media claims Moyo was part of the Zipra High Command. 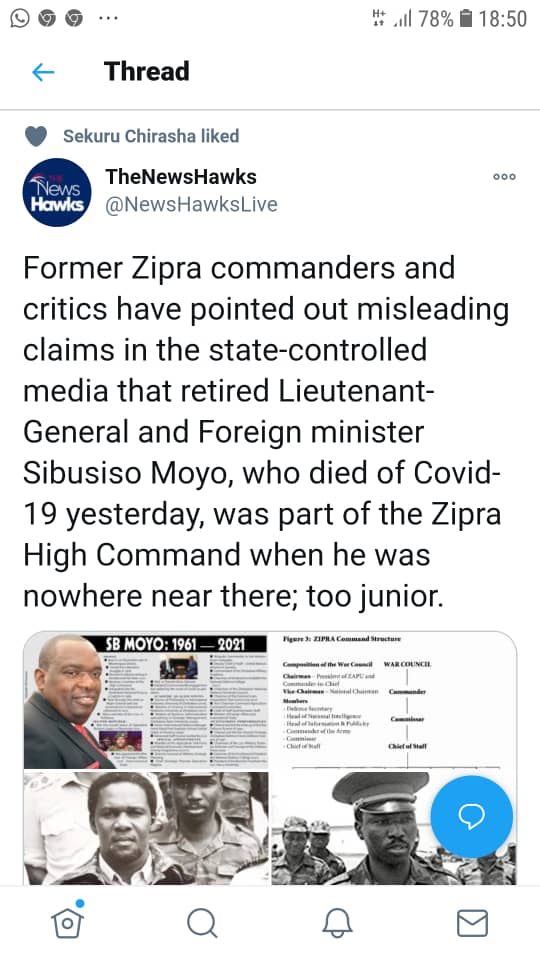 Perhaps Moyo’s biggest contribution to the country’s political make up was the role he played in the November 2017 coup that ousted late President Robert Mugabe.

Moyo, then a top ranking soldier, is the one who appeared on national television to announce Mugabe had been placed under house arrest in what culminated into a tense week of behind the scenes manoeuvres to arm-twist the one time long serving leader to surrender his job.

Mnangagwa presided over the ceremony.

Gwaradzimba, born 25 December 1960, was 19 years of age when the country attained independence April 1980. She is said to have gone for her combat training aged 15.

The Zanu PF controlled conferment of national hero’s status remains contested territory in the country amid continued claims the ruling party uses this to reward undeserving loyalists to incumbents while denying the honour to some who have fallen out with the ruling elite.

For that reason, a lot of liberation war luminaries and their relatives have often snubbed the national shrine.

The opposition is adamant the exercise of determining who among citizens must be conferred with the highest honour of the land should be extended to independent bodies without any inherent political biases.