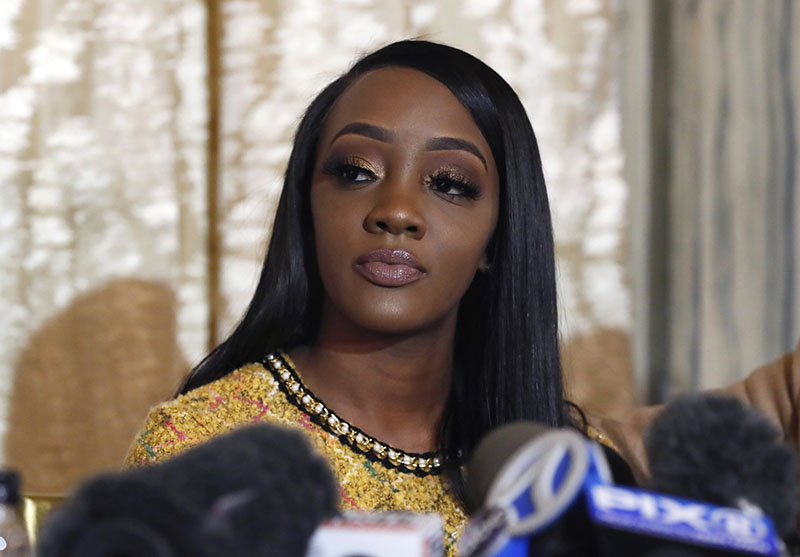 NEW YORK: R. Kelly wrote a letter threatening to reveal embarrassing details of a woman’s sexual history if she didn’t drop a lawsuit accusing him of sexual abuse, the woman and her lawyer said Monday.

In the letter, a person identifying himself as R. Kelly warned a lawyer for the woman, Faith Rodgers, that if she persisted with the suit, she would be “subjected to public opinion.”

The letter said the singer would demand medical documentation of her claim that he gave her herpes, force her to turn over texts and social media posts, and have “10 personal male witnesses testifying under oath about her sex life.”

“If Ms. Rodgers really cares about her own reputation she should cease her participation and association with the organisers of this negative campaign,” the letter said.

“It obviously was not authored or signed by Mr. Kelly, nor sent on his behalf,” Greenberg said. “He doesn’t write letters.”

The letter was sent in October to one of Rodgers’ lawyers in New York, a few weeks after the singer was served with the lawsuit accusing him of demeaning her, locking her in rooms and vehicles, and subjecting her to “non-permissive, painful and abusive sex.” 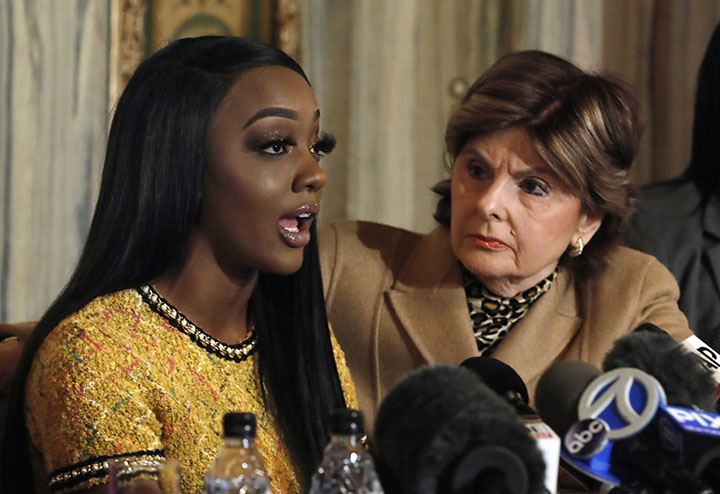 Rodgers, 21, said she met Kelly as a 19-year-old after a concert in San Antonio. She participated in the recently aired Lifetime documentary “Surviving R. Kelly,” which catalogued years of accusations against the singer.

“We are here today to let Mr. Kelly know in no uncertain terms that he cannot and will not intimidate his alleged victims into keeping silent about their allegations,” one of her lawyers, Gloria Allred, said at the news conference Monday.

“No woman should be victim-shamed, harassed or retaliated against because she asserted her rights and spoke her truth,” Rodgers added.

The Associated Press does not typically name people alleging sexual abuse unless they come forward publicly, as Rodgers has done.

Kelly has vehemently denied any wrongdoing.

The letter send to Rodgers’ New York lawyer, Lydia Hills, also lectured her in sometimes nonsensical terms about her understanding of the law.

“This is to enlighten you concerning the presumption of court appearances that you may not be aware of since attorneys are taught a colouring of law and not Canon or Common Law. Color-of-Law is NOT law. It’s fiction for corporate fictions of which I am not.”

The letter writer added later that, “I am exempt and not subject to this court so I don’t know why you are even addressing me.”

Also Monday, the Chicago Tribune published a story detailing court records it obtained on a July lawsuit seeking payment of $174,000 in back rent and other costs for his Chicago recording studio.

The documents include a signed eviction notice, which was put on hold until Jan. 21 for Kelly to pay.

The studio has been the site of recent protests against Kelly, with those involved calling on promoters to stop booking his concerts.