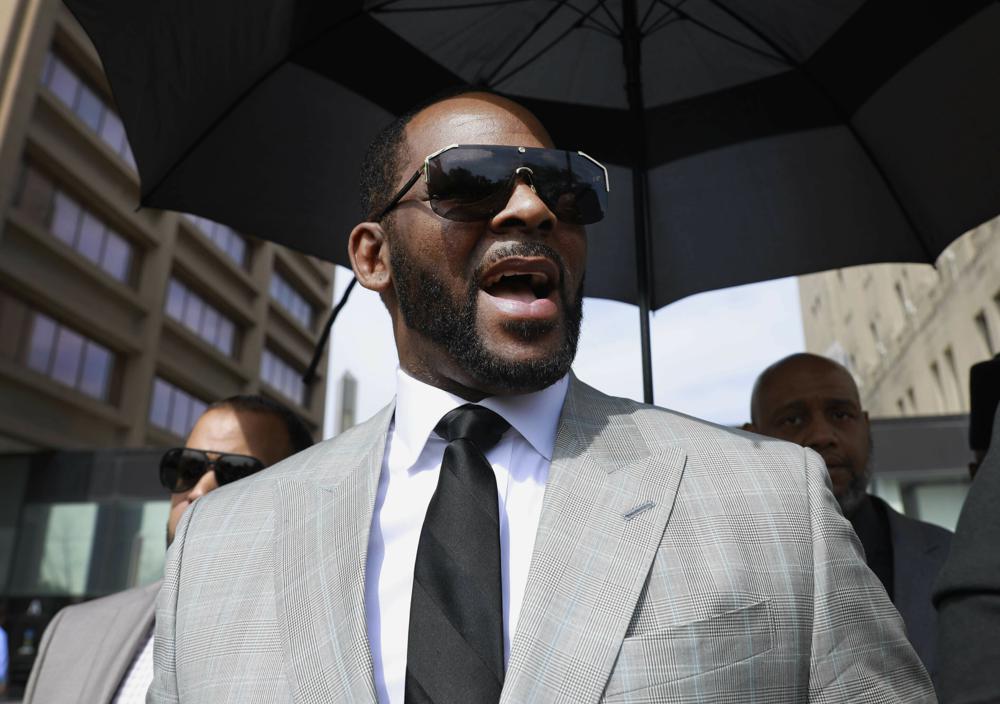 CHICAGO: R. Kelly’s federal trial in Chicago that starts Monday is in many ways a do-over of his 2008 state child pornography trial, at which jurors acquitted the singer on charges that he produced a video of himself when he was around 30 having sex with a girl no older than 14.

There’s one big difference: This time, prosecutors say, she will testify.

Kelly goes into Chicago federal court already sentenced by a New York federal judge to 30-year prison term for a 2021 conviction on charges he parlayed his fame to sexually abuse other young fans.

Among the most serious charges the Grammy Award winner faces at his federal trial is conspiracy to obstruct justice by rigging the 2008 trial, including by paying off and threatening the girl to ensure she did not testify.

Testimony by the woman, now in her 30s and referred to in filings only as “Minor 1,” will be pivotal. The charges against Kelly also include four counts of the enticement of minors for sex — one count each for four other accusers. All are also slated to testify.

Even just one or two convictions in Chicago could add decades to Kelly’s New York sentence, which he is appealing. With the New York sentence alone, Kelly will be around 80 before qualifying for early release.

Prosecutors say Kelly shot the video of Minor 1 in a log cabin-themed room at his North Side Chicago home between 1998 and 2000 when she was as young as 13. In it, the girl is heard calling the man “daddy.” Federal prosecutors say that she and Kelly had sex hundreds of times over the years in his homes, recording studios and tour buses.

Before the 2008 trial, Kelly carried a duffle bag full of sex tapes everywhere he went for years, but some tapes later went missing, according to court filings. In the 2000s, bootleg copies of some videos appeared on street corners across the U.S.

Kelly, who rose from poverty on Chicago’s South Side to become a star singer, songwriter and producer, knew a conviction in 2008 would effectively end his life as he knew it.

On June 13, 2008, Kelly shut his eyes tight and bowed his head as jurors returned from deliberations. As a court official read the jury’s decision and it became clear Kelly would be acquitted on all counts, tears streamed down his cheeks and he said over and over, “Thank you, Jesus.”

Two Kelly associates, Derrel McDavid and Milton Brown, are co-defendants in Chicago. McDavid is accused of helping Kelly fix the 2008 trial, while Brown is charged with receiving child pornography. Like Kelly, they have also denied any wrongdoing.

Double jeopardy rules bar the prosecution of someone for the same crimes they were acquitted of earlier. But that shouldn’t apply to the Chicago federal trial because prosecutors are alleging different crimes related to Minor 1, including obstruction of justice for fixing the 2008 trial.

Minor 1 first met Kelly in the late 1990s when she was in junior high school. She had tagged along to Kelly’s Chicago recording studio with her aunt, a professional singer working with Kelly’s music. Soon after that meeting, Minor 1 told her parents Kelly was going to be her godfather.

In the early 2000s, the aunt showed the parents a copy of a video she said depicted their daughter having sex with Kelly. When they confronted Kelly, he told them, “You’re with me or against me,” a government filing says.

The parents took it as a threat.

“Minor 1’s mother did not want to go up against Kelly’s power, money, and influence by not following what he said,” the filing adds.

Kelly told the parents and Minor 1 they had to leave Chicago, paying for them to travel to the Bahamas and Cancun, Mexico. When they returned, prosecutors say Kelly sought to isolate Minor 1, moving her around to different hotels.

When called before a state grand jury looking into the video, Minor 1, her father and mother denied it was her in it. Prosecutors say an attorney for Kelly sat in on their testimony and reported back to Kelly what they said.

Prosecutors from the Cook County state’s attorney’s office chose to push ahead with charges and to take the case to trial in 2008 despite what they knew was a major hurdle: their inability to call the girl in the video to testify.

Any confidence Kelly may have had of beating similar charges a second time were likely dashed when he learned Minor 1 was now cooperating the government. With more resources, federal prosecutors also boast conviction rates of more than 90% compared to around 65% for their state counterparts.

In 2008, his lawyers argued the man in the VHS video who appeared very much to be Kelly was not Kelly. They showed jurors that Kelly has a large mole on his back, then played excerpts of the video in which no mole was visible on the man.

One of Kelly’s attorneys, Sam Adam Jr., told jurors during closings that no mole on the man’s back meant one thing: “It ain’t him. And if it ain’t him, you can’t convict.”