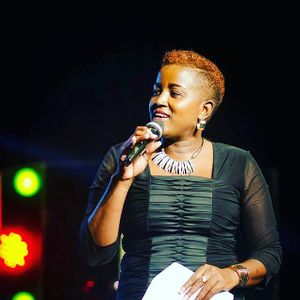 RADIO personality and women rights advocate Thabani Patience Gambiza, popularly known as Manjenjenje, has been appointed the country ambassador of American based The Sister Accord Foundation.

Gambiza, who also established her own foundation in 2016 – Thabani Patience Manjenje Foundation (PTMF) – said she will use her passion to advance US based foundation’s goals to unite and protect women.

“As an ambassador I will definitely spread the message of love, peace, empowerment, peace and identity to my beneficiaries, family, friends, work colleagues, and many other women and girls’ network in Zimbabwe and across borders,” she said at the launch of the organisation in Zimbabwe Saturday.

“It is through my passion that I will assist The Sister Accord Foundation to reach its intended target of a Billion women and girls. It also assists women in speaking out in Gender-based Violence circumstances and thus the need for The Sister Accord to afford me the opportunity to be part of their team as an ambassador so that I can push their agenda forward,” she said with delight to be recognised for something she is passionate about,” she said.

The Sister Accord Foundation was established eight years ago as a brainchild of Cincinnati, USA based Sonia Myles Jackson, with the aim of creating a network of one billion women around the globe.

The Foundation further strives to educate girls and women through scholarship; teaches the power of sisterhood and also eradicates bullying and violence against girls and women.

Manjenje’s new role comes at a time she has been using her foundation – TPMF – and radio career to emancipate women from family, marital, social, financial and health issues.

She believes that her new role “fits in well with most of the programmes that are run in Zimbabwe and even TPMF is voluntarily running such programmes that assist women in the right to education from as early as early childhood learning up to tertiary.”

Moreover, The Sister Accord Foundation is of the view that there is need to cultivate love among women in order for it to spread to families, communities and the world at large.

The concept is prefixed on the realisation that women often held each other back be it in social or decision making positions.

“Many a times, we see as sisters we breed hate, jealousy, bitterness, competition the list is endless and The Sister Accord is saying now is the time to have a shift in our level of thinking, have a different mind-set that makes you as an individual.

“It’s no more about looking at what the other person and trying to beat them at it, but it’s time we say as sisters; no, no, no to hate, to jealous, to competition, and be each other sister’s keeper,” said Manjenje.