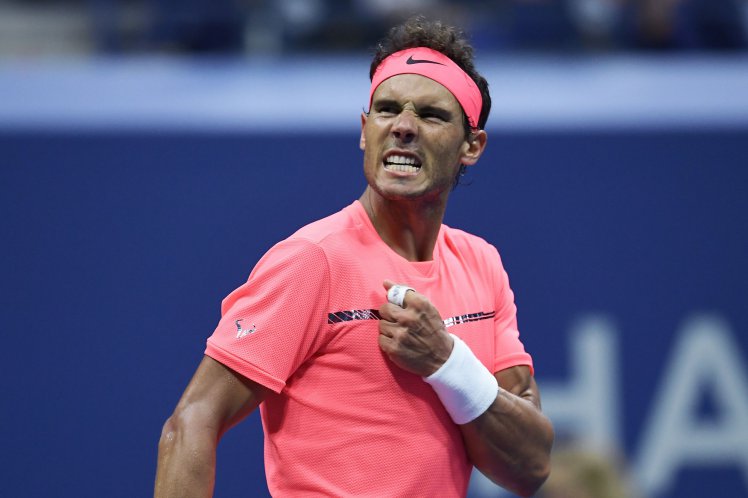 MADRID: Rafael Nadal has put himself in the middle of a soccer controversy in Madrid.

A longtime Real Madrid supporter, Nadal appeared with a Atletico Madrid jersey during the club’s Europa League match against Arsenal last week, making headlines across Spain and attracting a wave of social media reactions from fans from both teams.

Nadal couldn’t avoid the issue when he arrived in the Spanish capital for this week’s Madrid Open.

“Well, there is a problem with today’s society, that to be a true supporter of one team, it seems that you have to be anti another team,” Nadal said Monday. “I just support Real Madrid. I have a lot of friends that are from Atletico. They are playing in a competition in Europe against an English team. I just went there to support Atletico Madrid. They invited me. I just wanted to enjoy the day, to see a great football match.”

Nadal was captured on camera with the jersey around his neck during the team’s 1-0 win at Wanda Metropolitano Stadium on Thursday, a result that allowed Atletico to reach the final of Europe’s second-tiered club competition.

“The (club’s) president gave me a T-shirt as a gift,” Nadal said. “At night it was a little bit chilly, a little bit cold, and I just used it as a scarf. That’s all. But it’s always the same stuff. Maybe there’s too much hypocrisy, or I would say you people in the media have to write too many things, so you have to explore some stupid things.”

Nadal also discussed Sunday’s “clasico” between Barcelona and Real Madrid, which ended in a 2-2 draw after several questionable calls made by the officiating crew at Camp Nou Stadium.

“I don’t have to talk about football referees,” Nadal said. “The poor referee will have a lot on his back because you have been speaking about them for hours and hours. I’m not going to contribute to that show. I think it was a great football match, nice to see. I really enjoyed the football.”

“Maybe I am very passionate about football, and I’m not criticizing football,” he said. “But at the end of the day, the referees have a very hard job. It’s very difficult to make decisions when you are under pressure. There are sometimes many players that try to trick other players … It’s just a show.”