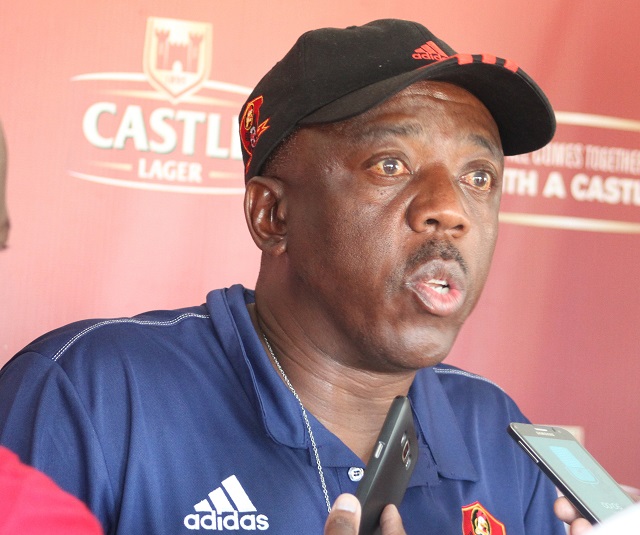 FORMER Warriors and Highlanders coach Rahman Gumbo has been appointed as coach of Botswana Premier League side Morupule Wanderers on a two-year contract.

Gumbo’s move comes just a month after being sacked by fellow Botswana side Sua Flamingoes.

“This communiqué serves to announce that Morupule Wanderers Football Club has appointed Mr  Rahman Gumbo to the position Of Club head coach subject to work visa requirements. Mr Gumbo has joined Bafana Ba Magala on a two-year contract,” Morupule said in a statement.

Morupule, who are eighth on the log after the opening nine rounds of matches in the Botswana Premier League backed Gumbo, who has a wealth of experience of coaching at a higher level in Zimbabwe, Malawi and Botswana to bring success to the club.

“Mr Gumbo has a wealth of coaching skills in football that is buoyed by many accolades in Botswana. in his home country Of Zimbabwe and abroad,” said the club.

The Club believes Mr Gumbo to be the right Head Coach who can deliver on its mandate. and its ambitions to compete at the high echelons of the domestic league.

“We pledge our utmost support to Mr Rahman Gumbo and expect the same support from our supporters, stakeholders and well-wishers. We wish the Head Coach a fruitful and exciting stay at Bafana Ba Magala.”

At Morupule Wanderers, Gumbo will link up with compatriot Agrippa Murimba who turned out for FC Platinum and Mutare City locally.

Some of the Zimbabwean coaches in the Botswana Premier League include Mandla ‘Lulu’ Mpofu at Masitaoka, Tau Mangwiro at Orapa United and Philane ‘Beefy’ Ncube at Nico United.