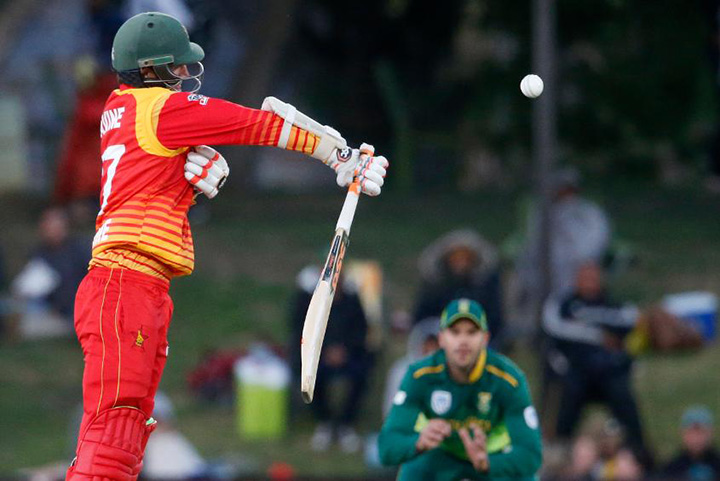 BENONI: Zimbabwe’s limited-overs tour of South Africa came to a soggy end as a persistent highveld storm settled over Benoni and ruled out any chance of play in the third and final T20I on Sunday.

Two pitch inspections were postponed as repeated showers crossed the ground, and Umpires Adrian Holdstock and Bongani Jele eventually called the game off shortly before 4pm with no foreseeable break in the inclement weather.

The washout gives South Africa a 2-0 series win to go with their 3-0 win in the one-day internationals.

Those five games gave the hosts the opportunity to field test a variety of players in various positions ahead of their trip to Australia at the end of the month.

Three ODIs and a T20I there will form the next important step in their preparations for next year’s World Cup.

Zimbabwe are heading to Bangladesh next, with the first of three ODIs against Bangladesh a week from now. Those games will be followed by two Test matches in Sylhet and Mirpur.