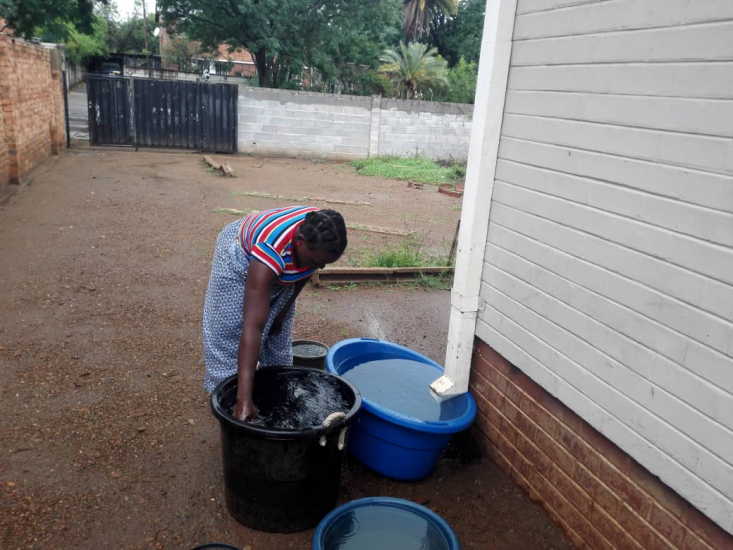 THE rains which have been received in Bulawayo for the past few days have brought great relief to residents who have been enduring unprecedented water shortages.

The shortages have resulted in some households going for months without the precious liquid coming from their taps.

However, following the rains, desperate residents have resorted to harvesting the water for both domestic and drinking purposes.

“Due to perennial droughts which we are experiencing these days, I think the government should prioritise rain water harvesting projects. Since the rains started raining in Bulawayo last week, residents have been harvesting water for various purposes. The rains have been a huge relief to residents who have been scrambling for water at the few boreholes in the townships,” said Chirowodza.

He urged the government to take a leaf from Israel which is renowned for inventing water harvesting techniques.

“Israel is basically a desert country but the country has managed to develop simple yet effective systems of harvesting rains. For example, we have water shortages in our schools yet we have vast spaces at these institutions and homes which can be used to trap the water. As a country, we are blessed that at least we occasionally receive rains.”

Mary Ncube, a resident in Tshabalala, a high density suburb in Bulawayo said the rains had come as a blessing as they have eased pressure on women and children who were mostly bearing the brunt of the water shortages.

“Since the rains started, I have managed to harvest water which I can use for almost a month. For next month, I also expect my water bill to go down because I will not be using council water. I pray the rains continue falling,” she said.

Bulawayo is facing a serious water crisis which has resulted in the city decommissioning two of its dams.