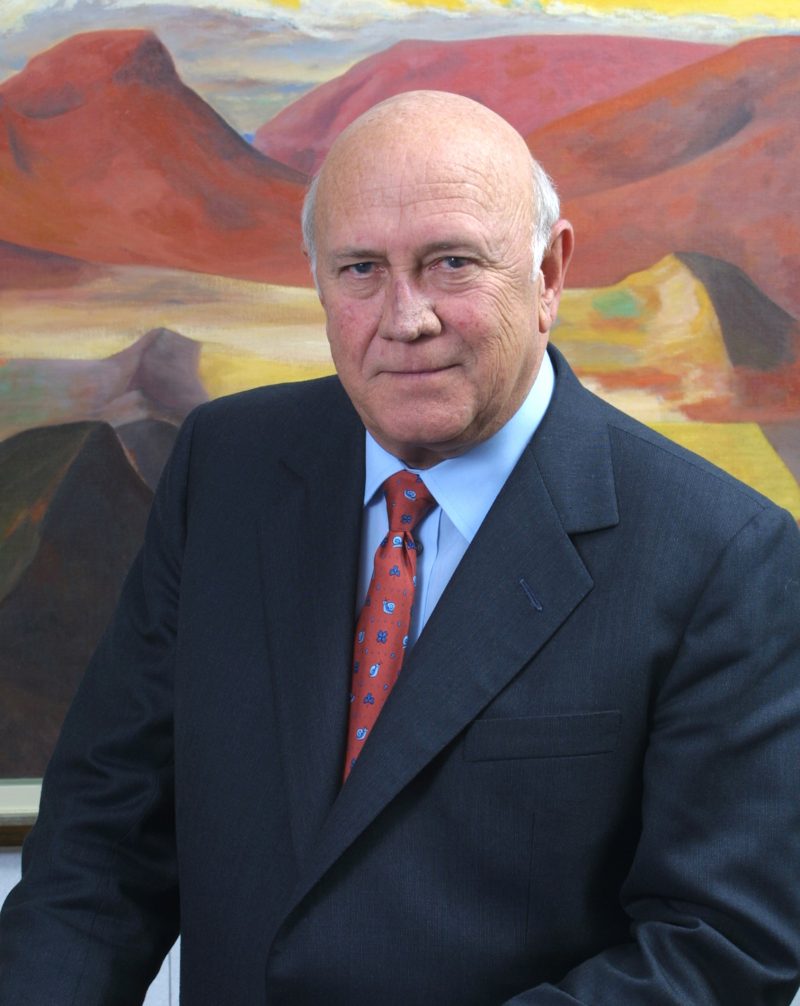 SOUTH AFRICA’S Cyril Ramaphosa has declared the national flag be flown at half-mast from Wednesday as a mark of respect for late former president FW de Klerk, the presidency said on Tuesday.

De Klerk died on November 11 after a long illness. He was 85.

Ramaphosa’s office said: “The FW de Klerk Foundation has announced the cremation and funeral of Mr De Klerk will take place in a private ceremony for family members on November 21.”

“President Ramaphosa has directed that the national flag be flown at half-mast from sunset on Wednesday until the evening of November 21.”

Acting presidency spokesperson Tyrone Seale said a state memorial service will be announced by the government at a later stage.

“Government has consulted the De Klerk family and FW de Klerk Foundation as part of preparing for this event, in which government leaders, leaders of political parties, and representatives of civil society will participate,” said Seale.