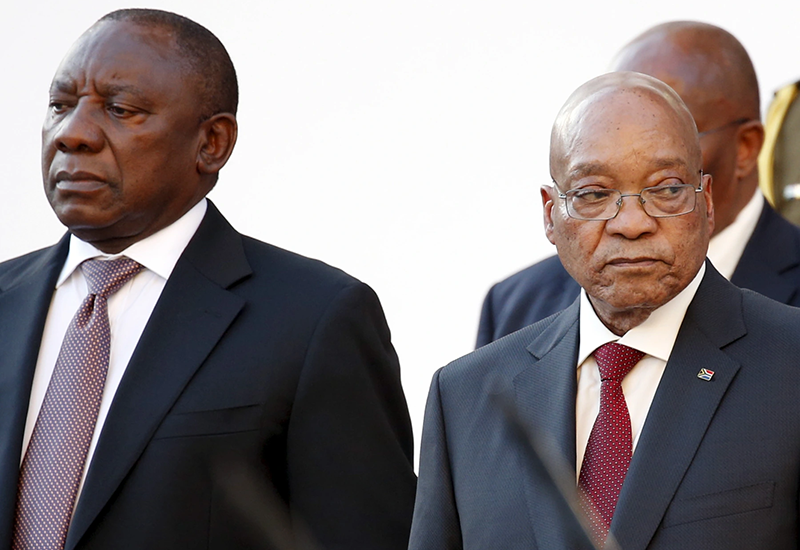 President Cyril Ramaphosa gave his predecessor Jacob Zuma until Monday to withdraw his “abusive” private prosecution against him, failing which the unprecedented and politically explosive situation could arise where a sitting president faces off in court with a former president.

Ramaphosa believes Zuma made this move on the eve of the ANC’s national elective conference to scupper Ramaphosa’s chances of retaining the party’s presidency, according to a letter the State Attorneys sent to Zuma’s lawyers on Ramaphosa’s behalf.

“The purported summons were served on the President a day before the 55th National Conference of the African National Congress was due to commence. It is common knowledge that the President will stand for re-election as Presidential candidate. It appears that the purported summons were served to halt this candidature. This is an abuse of process,” the letter states.

On Thursday evening, minutes after Ramaphosa delivered an address to business people at the ANC’s gala dinner, the JG Zuma Foundation announced that its patron, Zuma, had instituted a private prosecution against Ramaphosa.

Zuma accused Ramaphosa of “being [an] accessory after the fact to crimes committed by among others Adv Downer” in alleged breaches of the National Prosecuting Authority (NPA) Act.

Advocate Billy Downer is prosecuting Zuma on behalf of the State for arms deal-related corruption.

Zuma is seeking to privately prosecute Downer and News24 specialist legal writer Karyn Maughan for allegedly violating the NPA Act through the sharing of court documents – filed by Zuma’s lawyers and the State – that contained a sick note from the former president’s military doctor.

According to the foundation’s statement, Zuma “duly instituted” the private prosecution against Ramaphosa in the Gauteng High Court in Johannesburg, where the “accused person” (Ramaphosa) must appear on 19 January. 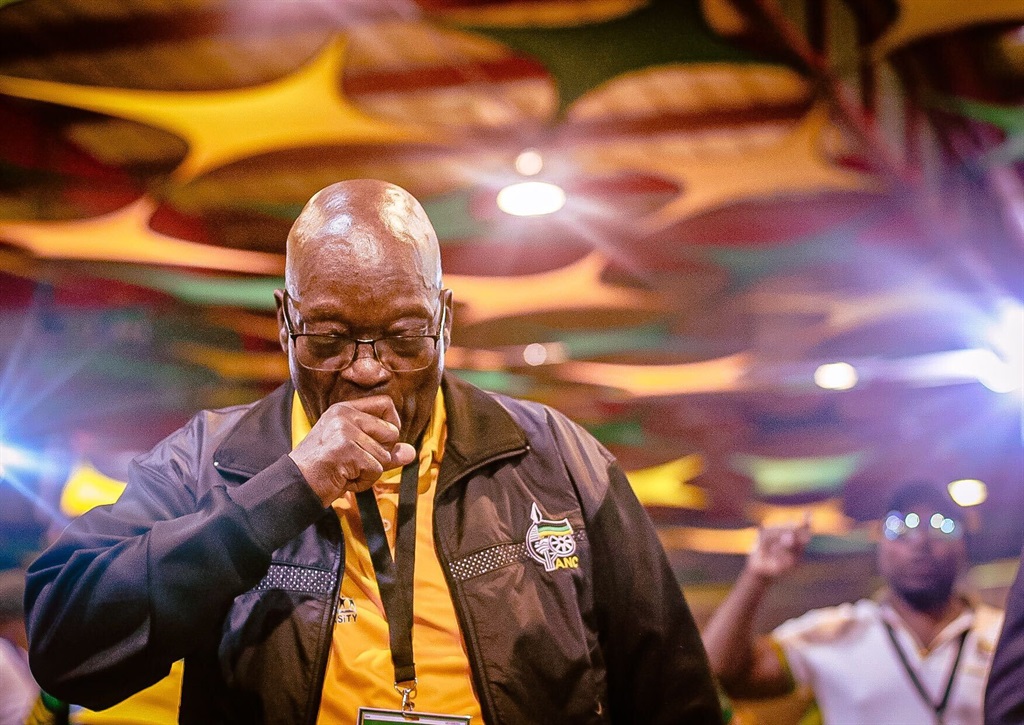 Zuma wanted Ramaphosa – as president – to intervene after he first complained about Downer.

Early on Friday morning, the Presidency issued a statement in which Ramaphosa rejected Zuma’s move with the “utmost contempt” and characterised it as an “abuse of legal process” and a “perversion” of the private prosecution provision.

On Saturday, the State Attorneys addressed a letter to Zuma’s lawyers.

On the face of it, the delivery and content of the documents [Zuma’s summons to Ramaphosa] amounts to a violation of the integrity of the Constitutional institutions of the Republic of South Africa, a gross abuse of process and evidences multiple breaches of the Criminal Procedures Act 51 of 1977 (‘the CPA’).

The letter continues: “It is an act that in law may and must be ignored.”

A nolle prosequi certificate, a certificate that states that the National Prosecuting Authority (NPA) does not intend to prosecute a person, is a requirement for a private prosecution.

The State Attorneys state that the document delivered to Ramaphosa’s private residence did not include such a certificate in relation to Ramaphosa.

“The nolle prosequi certificate that is included in the summons concerns a certain Mr Willian John Downer. The president was never cited in those proceedings and could thus not be the subject of such a certificate, at any rate.”

The State Attorneys said Ramaphosa is entitled to ignore the “invalid summons”.

READ | Friends of the court: Inside the Helen Suzman Foundation application to join Zuma vs Downer, Maughan

“For present purposes, the President may not be subjected to any disadvantage or limitation of rights based on the plainly invalid summons,” reads the letter.

“We thus call on your client to withdraw the invalid summons on the basis that each party pays their own costs. Should your client not do so by 19 December 2022 we reserve the right to take such further steps as may be required and shall seek punitive costs against your client for the wasteful costs arising therefrom.”

After Zuma called on delegates not to allow Ramaphosa to deliver his political report to the conference, rowdy delegates from the Musa Dladla region – Zuma’s home region – sang anti-Ramaphosa songs and heckled Ramaphosa when he delivered the report on Friday afternoon. Zuma – a delegate at the conference – also arrived in the plenary hall at Nasrec after Ramaphosa started to speak, causing a further disruption.