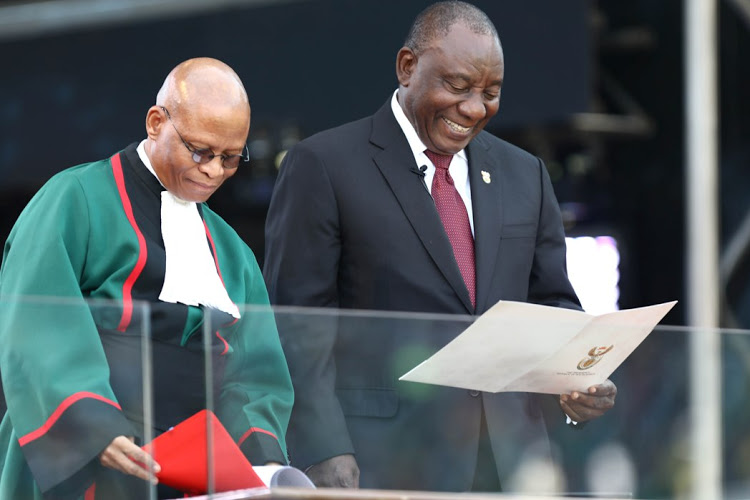 South Africa’s Cyril Ramaphosa has officially been sworn in as the country’s commander-in-chief on Saturday at the Loftus Versfeld Stadium, according to reports.

The head of state serving for another term emphasised on the creation of more jobs for South Africa. He also highlighted the need to work with team spirit to promote nation building.

“A new era is dawning in our country. Better days are ahead for South Africa,” Cyril Ramaphosa proclaimed, “it is time for us to build the future to which we aspire.

From far and near, across the continent special dignities joined in the celebration including the president of the Democratic Republic of Congo, Felix Tshisekedi and Togo’s president, Faure Gnassingbe.

Hosting the inauguration in a stadium this time, the largest in the City of Tshwane, allowed greater public participation.

Amids druming and dancing, South Africans clad in different shades of country and party colours welcomed his vision for the country.

The big question however remains Who becomes the next vice president of the country, and which individuals will be picked to form the cabinet.

An information that is expected in the coming days.

The theme for the inauguration is: “Together Celebrating Democracy: Renewal and Growth for a Better South Africa”.

It reinforces that everyone has a role to play in building a brighter tomorrow. It also emphasis that South Africans must build on achievements and work even harder to tackle poverty, inequality and unemployment.