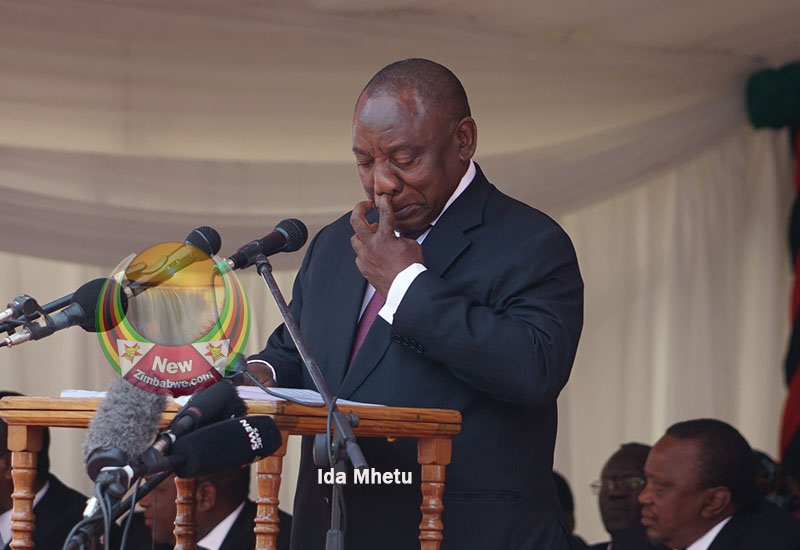 SOUTH AFRICAN President Cyril Ramaphosa has revisited his unfortunate Saturday experience in front of thousands of mourning Zimbabweans who booed him for continued xenophobic attacks on foreigners in his country.

Ramaphosa had his condolence speech during late former President Robert Mugabe’s memorial at the National Sports Stadium drowned in boos by Zimbabweans.

He was forced to apologise for that.

However, on his return home, Ramaphosa took time to reflect on the experience, telling his compatriots to behave humanely towards other nationals.

Addressing hundreds of Southern African Clothing and Textile Workers’ Union (Sactwu) members during their 14th national congress held in Durban on Monday, Ramaphosa said he understood Zimbabweans’ heckles to be an expression of their anger, frustration and disappointment towards South Africa as a whole and not at him personally.

“It was only when I said I regret what has happened in our country and apologised on behalf of all of us in South Africa, that is when they responded positively. I have apologised on your behalf, and I hope it does sink into our consciousness that the world expects us to act in a way in which we will respect the rights of people of other nations.”

Ramaphosa called on South Africans to desist from resorting to any sort of violence against foreign nationals, citing the importance other African countries play in the role of the economy.

He condemned violent attacks which in the past weeks have claimed the lives of foreign nationals.

The South African leader said his parliament will on Wednesday convene to discuss ongoing violence within the country.