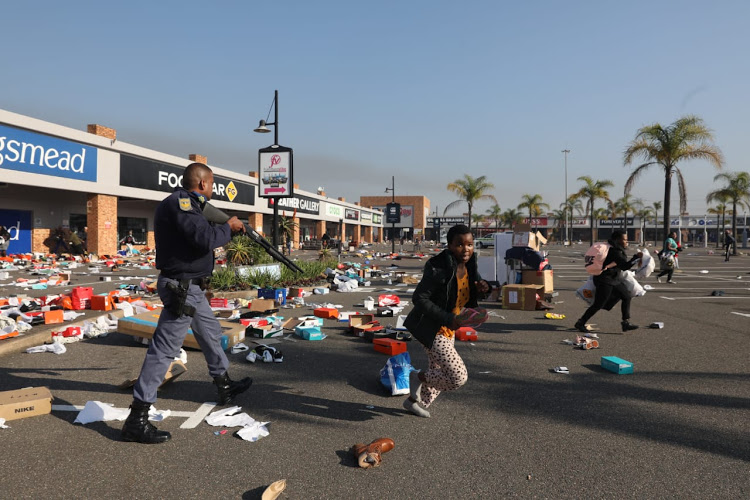 SOUTH African President Cyril Ramaphosa, feeling the heat of the ongoing violent pro-Zuma protests, says the national security council, which he chairs, will from Tuesday be meeting twice per day to review the deteriorating security situation.

In a televised address to the nation Monday night, Ramaphosa says his government would be mobilising all available resources and capabilities to restore order in the country.

“I’d like to be clear, we will take action to protect every person in this country against the threat of violence, intimidation, theft and looting,” he said.

“We will not hesitate to arrest and prosecute those who perpetrate these actions and we will ensure that they face the full might of our law.”

Ramaphosa said that in order to continue rebuilding the country, calm and order needed to be restored.

“What we are witnessing now are opportunistic acts of criminality with groups of people instigating chaos merely as a cover for looting and theft,” Ramaphosa said.

“There is no grievance nor any political cause that can justify the violence and the destruction that we have seen in parts of KwaZulu-Natal and Gauteng.”

He said the Constitution was clear on guaranteeing every person the right to protest.

He said that victims of the violence unfolding were workers, truck drivers, business owners, parents and families of those who have lost their lives.

Ramaphosa said the victims have done nothing wrong.

“Although these may be opportunistic acts of looting driven by hardship and poverty, the poor and the marginalised bear the ultimate brunt of the destruction that is currently under way,” Ramaphosa said.

He said that with the destruction of infrastructure, medication delivery was hampered, as well as food not reaching supermarkets.

“We will soon be facing a huge risk of food insecurity and medication insecurity in a few weeks,” he said.

“The path of violence, of looting and anarchy leads only to more violence and devastation as well as more suffering. It leads to more poverty, more unemployment and more loss of innocent life.

At the beginning of this unrest there may have been some people who sought to agitate for violence and disorder along ethnic lines, he said.

Ramaphosa said that South Africans have in the past pursued dialogue and protest and not violence and unrest.

He said all South Africans had an interest in upholding the rule of law and called for calm in the country.

Ramaphosa addressed the country following a third wave of violence protests in KwaZulu-Natal and Gauteng that has claimed the lives of at least six people so far.

More than 200 people have been arrested in both provinces and the N3 has been closed to traffic between Cedara in the KZN and Free State.

NatJOINTS spokesperson Colonel Brenda Muridili said deployment has been intensified across hotspots in both provinces.

The SA National Defence Force has also been deployed to hot spot areas in both provinces.