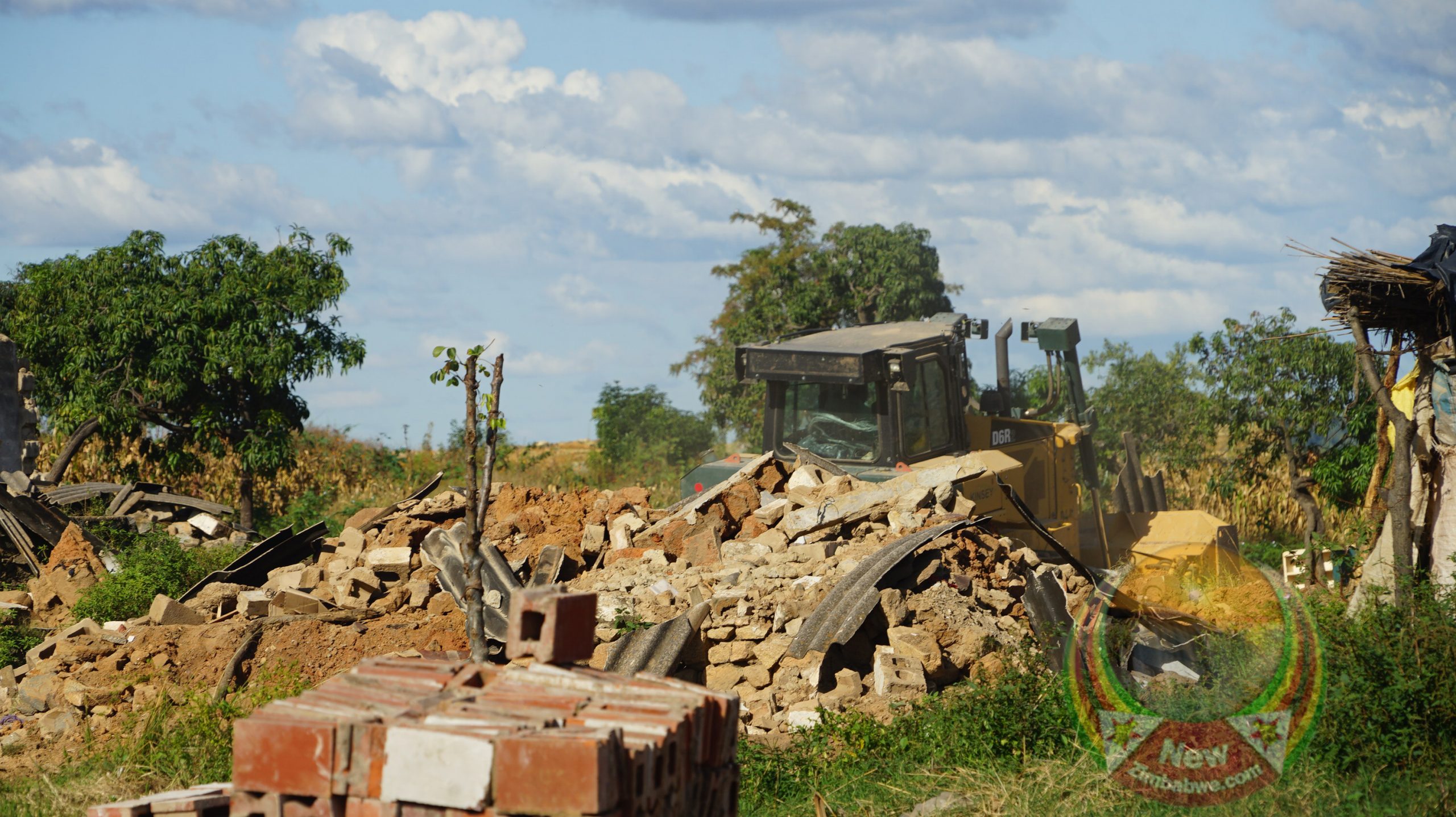 A front end loader destroys a house at Ran Mine Sunday
Spread This News
By Sharleen Mohammed
OVER 500 families are living in the open along the Bindura-Shamva road after they were evicted from their dwellings at the resuscitated Ran Mine compound.
The families were dumped along the highway with their belongings after the High Court issued an order for their eviction following the takeover of the mine by a new shadowy investor.
NewZimbabwe.com visited the distraught families on Tuesday and found them camped by the roadside. 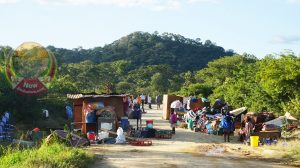 Some of the families had little children who are now exposed to the prevailing cold front heralding the arrival of winter.
There are no sanitary facilities, with the families resorting to bush toilets and unsafe sources of water.
One of the victims, Evelyn Sande, said they were inhumanly treated.
“We are in need of shelter, food and other basic needs, especially for the young children. There are no toilets where we were dumped, and we are getting water from open pits several kilometers away,”
Sande said.
Another victim, Cosmas Chipara, said: “The new investors taking over Ran Mine did not provide reasonable notice for relocation, plans to pay compensation, and provision of alternative land with infrastructure like schools, clinics, hospitals, and roads.”
They also complained that the police used excessive force in evicting them, resulting in injuries and destruction of their belongings.
Efforts to get comments from the mine executives were unsuccessful after the security guards manning the premises chased away the NewZimbabwe.com crew and threatened to unleash vicious dogs if their orders to vacate were not obeyed. 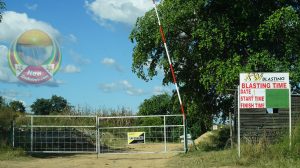 “You dare enter at your own will. You can communicate with our bosses and their offices are located in Harare where you people are coming from,” said one of the officers.