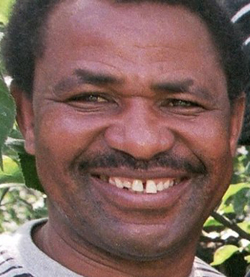 A MEMBER of the 1980s group, the Bhundu Boys, has avoided deportation from Britain by claiming songs he performed in the past would put him at risk if he was sent home to Zimbabwe.
Washington Kavhai, 54, was a member of the pop group which gained international stardom but fell from grace when he was jailed for rape.
The UK Sunday Times newspaper reports that he used the European Convention on Human Rights to argue successfully at an immigration tribunal that he would be subjected to torture or degrading treatment if returned.
In a subsequent comment on his lawyers’ website, Kavhai described his victory at the tribunal as “more than brilliant”.
The bass guitarist had been refused the right to remain in Britain 11 years ago before he was convicted in February 2003 of threats to kill, false imprisonment, attempted rape, rape and indecent assault, for which he was sentenced to six years and nine months in jail.
He also pleaded guilty to a charge of witness intimidation.

Kavhai was ordered to be placed on the sex offenders register.Advertisement