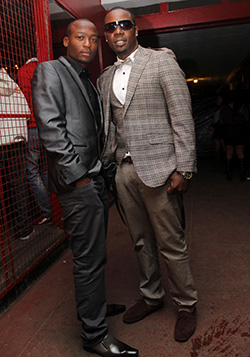 FAST-RISING rapper and artiste Shadrek Mburayi, popularly known as Shastro, is now locked in the United States after deliberately overstaying his Visa, Newzimbabwe.com can reveal.
Shastro rose to fame as the protégé of musician Desmond Chideme popularly known as Stunner.
He first came to the limelight when Stunner’s Team Hombe hit exploded onto the scene, with him taking over Dr Clarence’s vocal space when Stunner and his erstwhile producer had reportedly fallen out.
Shastro was then signed on by Stunner performing scorching stage performances with his mentor in big hits such as Dhafu Korera.
However, after having secured a trip to the United States on tour with Stunner, Shastro returned to Zimbabwe and then surreptitiously travelled back to the United States, before his year-long Visa had expired, for life as an illegal exile.
“Stunner was very worried when he caught wind of that because while he could make sure Shastro came back home after the tour, he had no jurisdiction over the boy after they reached home and feared he may be blacklisted by American authorities if they ever found out that Shastro had overstayed on a Visa gotten on Stunner’s back,” said a source.
However, in spite of Shastro acting in bad faith, Stunner has still managed to get a fresh American Visa where he is currently visiting for the Afrimma Awards.
The versatile rapper star was nominated in the best male artiste for Southern Africa at the awards in spite of his waning appeal here at home. Subsequently he wasn’t not available for comment.
“Stunner had to consult extensively about the issue which he felt dented his image.
“He knows he is not a human trafficker but what Shastro did could have jeopardised his U.S touring prospects. Fortunately that has not happened,” said the source inside Stunner’s camp.
Shastro did not respond to questions posted to him regarding his new found status as an alien in the United States.
Shastro ft Diana – Dzoka Kumba