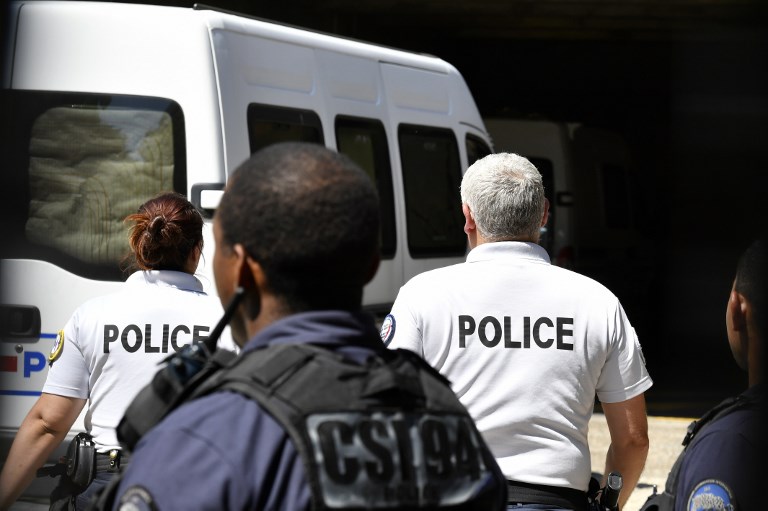 Two of France’s biggest rap stars were on Friday ordered to spend a month in custody after a brawl between them and their entourages delayed flights and forced a partial shutdown of a Paris airport.

The beef between Booba and Kaaris at Orly airport kicked off on Wednesday in a departures hall packed with holidaymakers, some of whom filmed the incident on their phones as the rivals fought across shelves of perfume and souvenirs at a duty-free store.

A French judge on Friday said “persistent animosity between the two groups” and the risk of further altercations meant the rappers and nine others should remain in detention until the next hearing on September 6.

“What happened is inexcusable, regrettable,” Booba said during the hearing, making reference to the travelling families, working people and children who were there at the time.

The two rappers, who had been due to perform Wednesday evening in Barcelona, have waged a feud over social media where some users mocked the duo and called on them to settle differences through fighting.

Booba, 41, has reportedly fallen out with Kaaris, 38, in the past after failing to support him in a dispute with fellow French artist Rohff.

Rohff was sentenced in November to five years in jail for aggravated assault in a clothes boutique owned by Booba.

Kaaris’ lawyers Arash Derambarsh and Yacine Yakouti claim the rapper was “taken aside by Booba, who insulted his child and his wife”, before several people “jumped on him”.

He added the assailants used perfume and glass bottles as weapons.

Booba’s lawyer Yann Le Bras responded by telling BFM TV the video footage showed it was Kaaris and his group whose behaviour had been “very aggressive”.

Orly airport said the fight had damaged Orly’s image, “endangered the lives of others”, and it was lodging a public order complaint after the ruckus forced officials to temporarily shut down the departures hall. Air France has also made a complaint.

The detainees face up to seven years in prison and a fine of 100,000 euros.