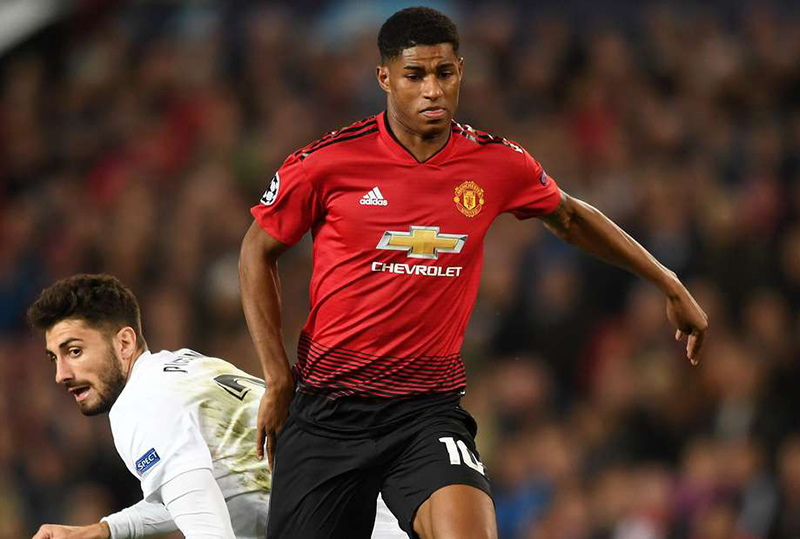 Marcus Rashford has proved with England that he has all the qualities required to be a consistent attacking threat — but his task now is to replicate that form for Manchester United.

Rashford impressed as England beat Croatia 2-1 last Sunday to secure a place in next June’s Nations League Finals, yet there is no guarantee he will start when Manchester United host Crystal Palace in the Premier League on Saturday.

That is because manager Jose Mourinho is still wrestling with the question of how best to fit Rashford into his team, an issue that does not appear to be a problem at international level.

England manager Gareth Southgate, having switched from the 3-5-2 system he used at the World Cup to a more attacking 4-3-3 set-up, has started to use Rashford on the left of a front three, with Raheem Sterling on the right and Harry Kane in the centre.

It is an approach that is working well for Southgate, with Rashford outstanding as England won 3-2 in Spain last month before using his pace to good effect against Croatia to create danger on the counter-attack.

However, to secure the left-sided attacking role at United, Rashford will need to force his way past Anthony Martial, whose current form is as good as anything he has shown during his three years at Old Trafford.

The France forward has been consistently better that his England rival since the start of last season, with 15 goals to Rashford’s nine in the Premier League.

Mourinho has also been impressed with the way Martial has begun to understand better his defensive responsibilities, meaning that Rashford will probably need to find a role elsewhere.

For now, the centre-forward position does not appear to be the answer for Rashford, even though that was where he played initially when making his debut under Louis van Gaal in February 2016.

Rashford has not been a consistent goalscorer in 2018 — while four goals in 16 England appearances is a decent return, a tally of six in 34 games for United suggests there is room for improvement.

His finishing too often lacks a ruthless touch, so perhaps in the short term his best hope of a regular starting place at United is to prove himself on the right side of the attacking three, a role in which he played when they drew 2-2 at Chelsea in October.

The forward has proved that he has the discipline to stick to his position when playing in a wide role, and is an undoubted threat when cutting in off either flank.

Playing in that role could, in turn, give him the regular starts that help to build his confidence.

For while Mourinho has talked repeatedly about the number of games he gives Rashford, the striker has not been able to settle into a role and a large chunk of the forward’s appearances have come as a substitute.

There is no doubt, though, that Mourinho rates Rashford, which is why reports this week talking about a potential move to Real Madrid appear unlikely to lead anywhere.

“I think he’s a privileged player, a privileged kid, if you want to say it, a man, that has so many opportunities to develop himself, and is going to keep having them,” said Mourinho.

“I think he has the conditions for his career to explode, in the positive way of the word, that not many players have during their careers.”