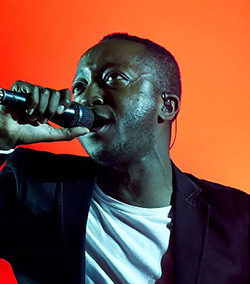 AFTER completing a UK arena tour with indie-pop band Bastille, singer and instrumentalist Rationale is set to embark on a tour of his own – and he will be making a stop in Bristol.
The London-based musician is known for his soulful sound mixed with synthetic beats which come together to make for captivating live performances.
Rationale was born in Zimbabwe and moved to London aged seven. He grew up listening to his mother’s records, which inspired him to pick up his first guitar at the age of nine.
His first vocals appeared on songs by Bastille and Jakwob but, in 2015, he finally released his debut solo track Fast Lane.
Since then Rationale has secured the backing of high-profile fans including Pharrell Williams, Elton John and Annie Mac.
Rationale will be performing at the Fleece, in Bristol, later this month.
He will be supported by Dom McAllister, a young singer-songwriter from London whose songs are a mixture of soulful pop, electronic music and 1990s hip-hop.
Rationale will be at The Fleece, in St Thomas Street, with Dom McAllister, on January 23.
Advertisement