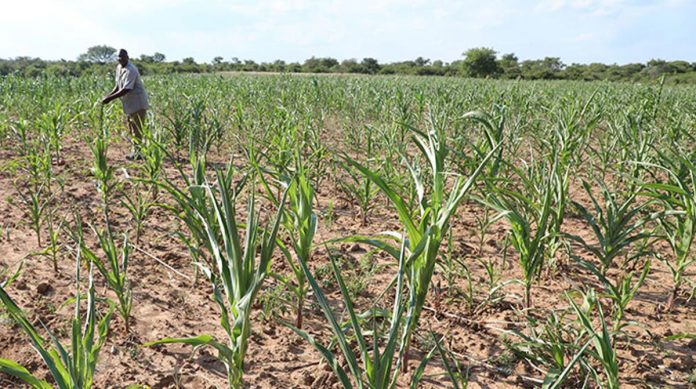 FARMER groups have warned of foods shortages in the country owing to the prolonged dry spell currently being experienced in the country.

This comes as the Famine Early Warning Systems Network (Fewsnet) Tuesday warned the drought could result in poor harvests.

“Most crops as we speak now have wilted because we have not received rain for a long time. Even if the rains come, they will not recover. It’s really a disaster.”

“It has affected crop growth and development. Most crops are showing signs of wilting and distress. We anticipate that the production levels of 2021-22 are going to be lowered.  But we are going to have a significant loss. It could be anything around 30-40% that we could lose that crop if dry spells proceed,” Kuipa said.

Tobacco Farmers Union of Zimbabwe president Believe Tevera said: “We have not received rains up to date. Especially looking at areas like

“These dry spells are the signs and signals that climate change is a real reality. This has been a tricky season because of climate change. We had a false start to the season but after the false start it later on started very well, although it was a late season but it’s not a lost season,” Bhasera said.

On Tuesday, Information minister Monica Mutsvangwa said the country expects to receive rains in the next seven days.