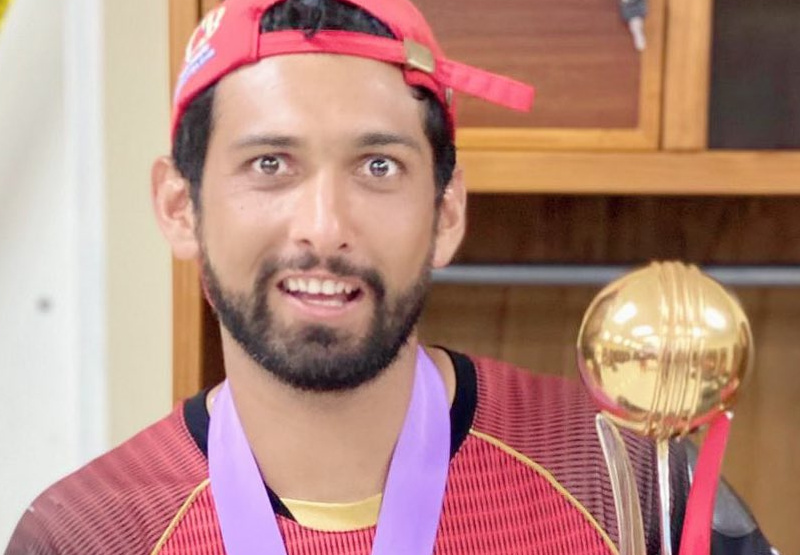 ZIMBABWE international cricket star Sikandar Raza enhanced his reputation as one of the country’s leading players in the shortest format of the game after becoming the first local cricketer to win the Caribbean Premier League title last Thursday.

The 34-year-old allrounder was part of the Trinbago Knight Riders which won the 2020 edition of the Caribbean Premier League after beating St Lucia Zouks by eight wickets in the final played at the Brian Lara Stadium in Tarouba, Trinidad.

While it was Raza’s first major title in the game’s shortest format, it was the fourth title for the Knight Riders as they extend their record as the most successful team in the history of the CPL since the tournament started in 2013.

An elated Raza expressed his delight on Twitter after his memorable triumph.

“Speechless about how I feel right now. All I can say (is) massive thanks to Trinbago Knight Riders for the opportunity and making feel so welcome by everyone. Big thanks to the fans for their messages of love and support. Thanks, Zimbabwe for sending so much love,” Raza said in a post on Twitter.

Zimbabwe Cricket (ZC) also congratulated Raza for his success which could open doors of opportunities for more Zimbabwean cricketers to other T20 leagues around the world.

Raza bowled two overs which went for 28 runs and took no wickets. He was however impressive in the field as he completed the catch that removed Najibullah Zadran in the Zouks innings which fizzled out for 154 in 19.1 overs.

Trinbago Knight Riders captain Kieron Pollard was impressive with ball in hand as he picked up four wickets for 30 runs in four overs, while Fawad Ahmed and Ali Khan picked up two apiece.

Wicketkeeper Andre Fletcher top-scored for the St Lucia Zouks with 39 runs coming in to bat at number three. Pollard walked away with the player of the tournament accolade.

In reply opening batsman, Lendl Simmons top-scored with an unbeaten 84 while Darren Bravo also scored 58 without losing his wicket as Trinbago Knight Riders chased down the target in 18.1 overs after reaching 157 for two.

Raza was not required to bat as his team won the contest with 11 balls to spare as Knight Riders went through the competition without losing a single game.